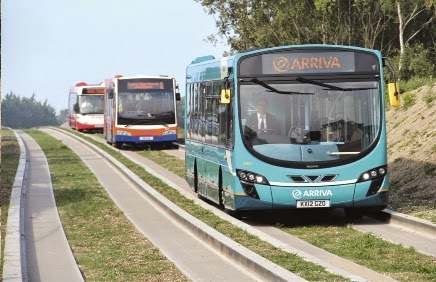 The busway on the trackbed of the former branch line to Dunstable opened with much hype and four routes from three operators from day one. 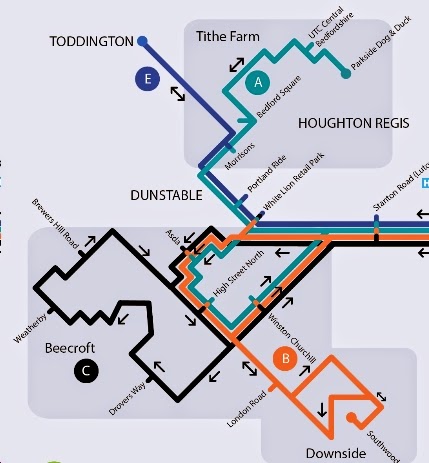 Its success has been a matter of some debate with low usage at the intermediate stops. Passengers seemed to prefer the traditional main road services, particularly for the Luton and District Hospital.

Then Arriva added a "new" service which wasn't. 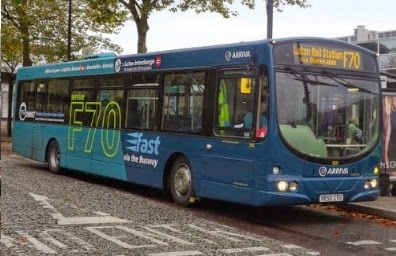 From 2nd November 2014, half the buses on service 70 (Luton to Milton Keynes) were diverted via the busway and numbered F70. 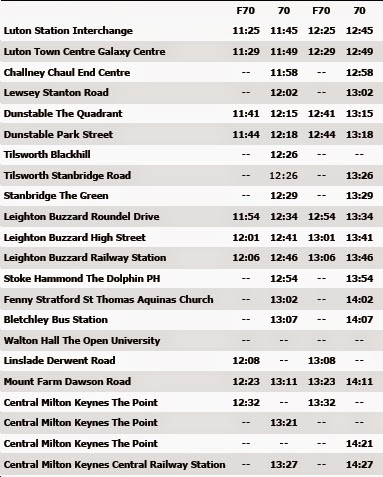 Presumably these PDF files are created by some mindless confuser program and are never checked for drivel by Arriva staff; who have probably never travelled between Luton and Milton Keynes anyway! Its a nice ride (nicer on the slower 70!), they should try it some time; but, for goodness' sake make sure they get a bus that stops at Milton Keynes the Point not one of the other central destinations! 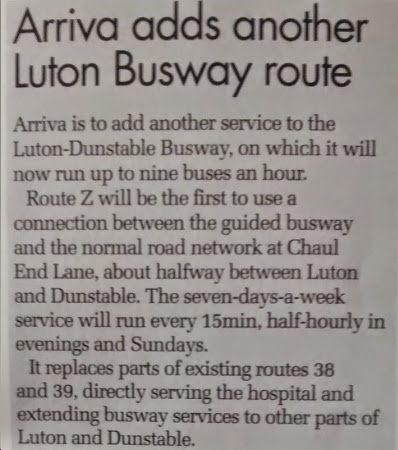 Long-standing routes 38 and 39 currently run from Luton town centre via the traditional main road to the Hospital, then veer off via Lewsey Farm estate to Houghton Regis; 39s continue to Dunstable. 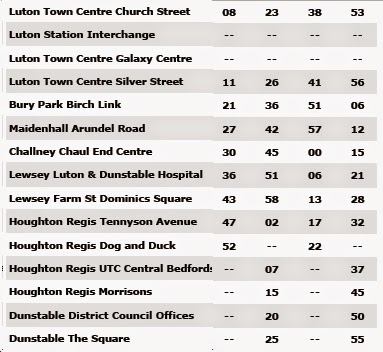 It is this service that will form the core of the new busway "Z". It will travel fast out of Luton, then leave the busway at the Chaul End escape route ... 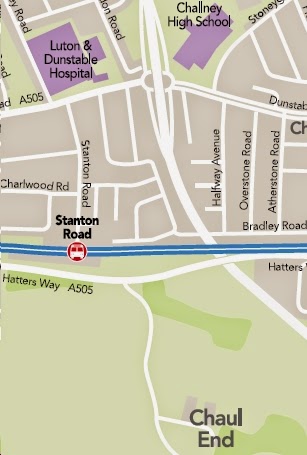 ... continuing via the Hospital as before. Or will it? Ever mindful of the need for journalistic accuracy, fbb went immediately to the Arriva web site. Under "Latest", we read this headline:-

Underneath it is all made clear:-

Clicking on the header, we now go to a new page and read:-

And underneath the new headline is further explanation:-

fbb did wonder what the "Latest" was being latest about. This time, after four identical paragraphs, there is more; which is summarised in a final paragraph.

We are keen to see what people think of the changes and would invite them to go online to look through the changes, people can also visit our Travel Shop in The Mall in Luton or the Travel Choices Hub in Ashton Square, Dunstable.” For a full list of what is happening please visit www.arrivabus.co.uk/Luton-changes

The deadline for feedback is Tuesday 3rd February 2015.

fbb is a bit late then. But let's click to see the full list of what is happening. 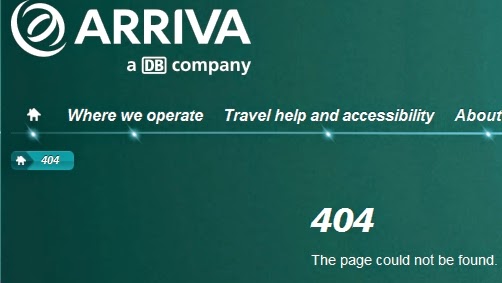 Yet another example of the web designers consummate skill!

But the oft maligned Traveline comes to our rescue. It reveals the new "Z" timetable and route.

Now it runs from the Interchange (aka Luton Station) via the centre, and and on to Houghton Regis with no buses extended to Dunstable. We remember that busway "A" runs to Houghton via Dunstable, of course. Arriva's blurb suggests there are "other changes" and passengers deprived of their 39 journeys from Dunstable could, presumably change from "A" to "Z" at the Dog and Duck. 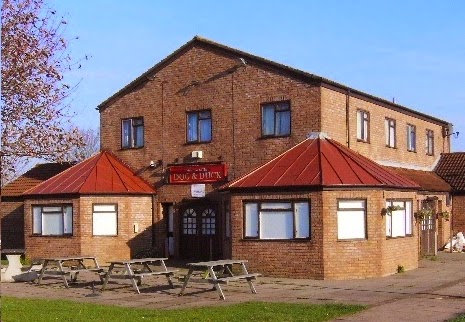 And, for those who like timetable and location accuracy, the pub has been closed for some time. It was bought by local entrepreneur Kishor Patel ... 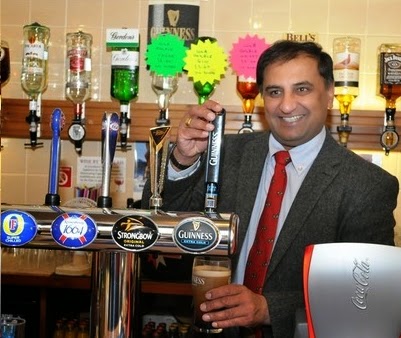 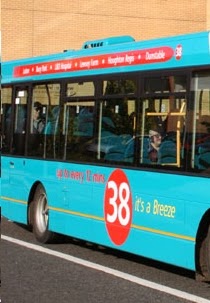 New Streetlites are due for the route which will start (possibly Streetlite-less) on 12th April.

Why "Z"? fbb has no idea and Arriva doesn't say. We already have A, B, C, E and F(70), so maybe the bosses at Arriva have a vision for 20 extra services to fill the alphabetical gaps!