Seaton to Falmouth by Train (& Bus) 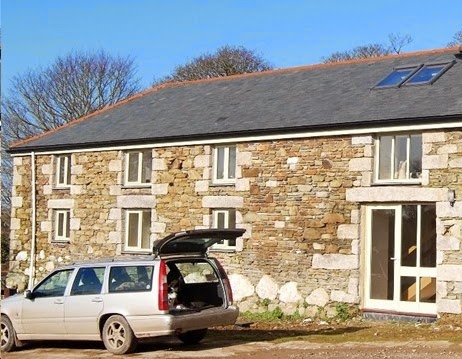 Downstall Barn is on a lane off Birds Hill at Mylor Bridge, near Falmouth. It would appear to be served by bus 69 from Truro with a stop here ... 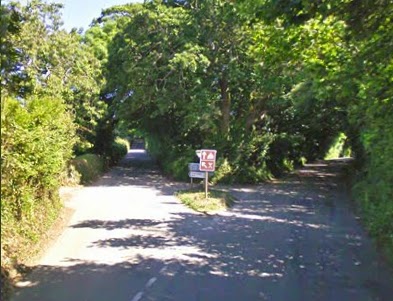 ... at Restronguet Turn, a few yards from the "Barn" drive. 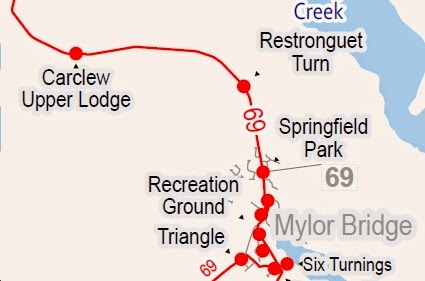 First's network map does not attempt to distinguish service quality so shows the 69 as one route ... 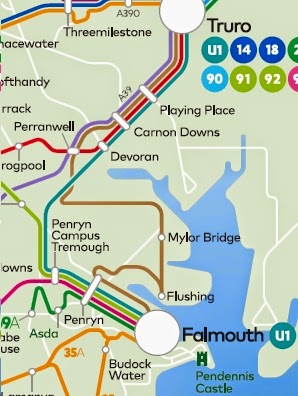 ... through from Falmouth to Truro via Flushing and Mylor Bridge. An fbb map, equally "coarse", shows the link to Truro as a dotted line with a 69T route number.

First's timetable for the 69 manages a magnificent level of incomprehensibility with only three out of the 13 journeys shown being "normal" and thus note-less. 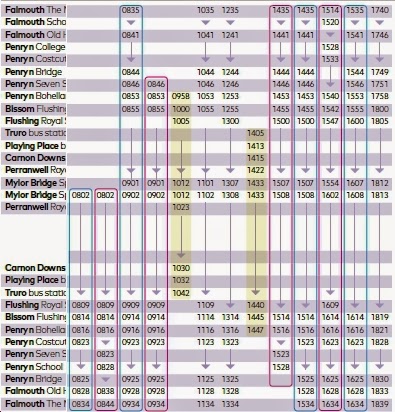 The two trips shaded mud (clear as; how appropriate) are the Truro shopping trips. They don't serve Falmouth but begin and end at St Gluvias (Bolhelland Rise) which First confusingly thinks is Penryn. It isn't. 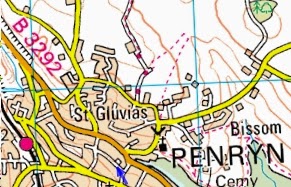 Unscrambling First's knitting pattern we might just extract the one Monday to Friday journey from Truro to St Gluvias.

In fact, the main route 69 runs from Falmouth to a loop via Flushing and Mylor Bridge. Confusion is multiplied by school day variants (many!) and the fact that buses run alternate ways round the loop. fbb's schoolday and non-schoolday timetables explain things a little better. As an aside, Traveline recommends the ferry for journeys between Falmouth and Flushing.
More about Falmouth's assorted ferries in due course.

But we can now go back to the fbb's virtual journey by train plus bus from Seaton to Downstall Barn.

Then a bit of a wait at Axminster because the 0755 doubles as a school run, but the Station caff will supply cooked breakfast plus tea and coffee. 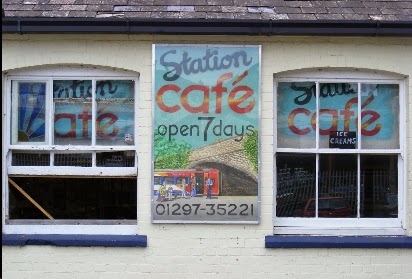 Not quite fine dining, but a splendid start to a long journey.

Time for an extra coffee (bladder warning!) at Exeter? 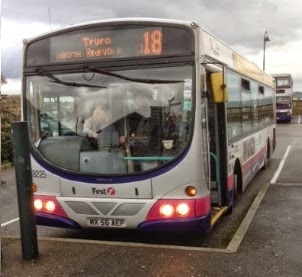 There are buses at least every ten minutes from the Station into town at Truro.

And now for lunch. Subway (right) s opposite the bus station (left) ...

... (fbb has "dined" there before!) but there are plenty of other sources of nosh and bevvy nearby. 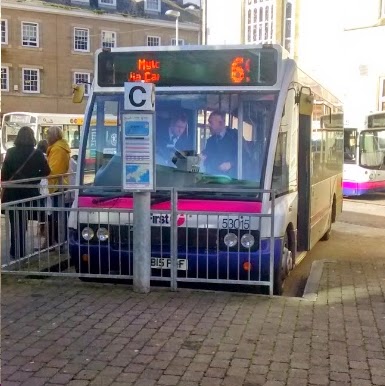 That totals about six and a half hours of public transport delight; but less than ideal if you are transporting luggage, laptops, home-baked Birthday cake, Friday evening's meal, Saturday's breakfast and un-enthusiastic wife! The "Barn" supplies all bedding, but the fbbs were advised to take their own beach towels!

And yes; they went by car. Shame. But one bus in each direction each day is a bit restrictive. The car journey mainly via the dual carriageway A30 was swift and efficient until just south of Truro. Then ...

A serious accident has closed the A39 at Norway Inn near Penryn. 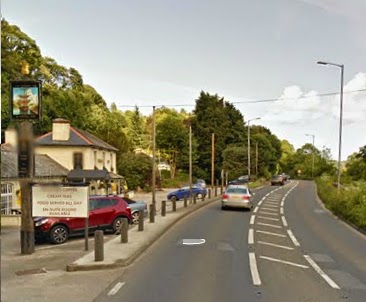 Emergency services were called at 1135 after a car left the road at Barras Moor on the Truro-bound section of the A39 and hit a tree. A male driver sustained serious injuries. The road has been closed for more than an hour and a half in both directions and it is expected to be shut for some time. 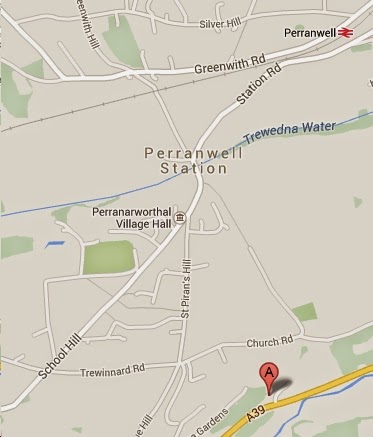 And it was still closed at 1500! The diversions were along roads barely wide enough for two cars (School Hill Perranwell Station**: Norway Inn is at "A") and with special chicanes to narrow it still further. 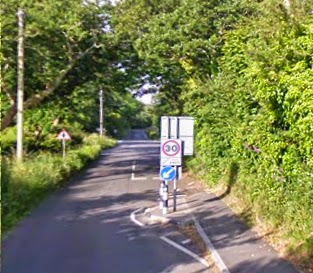 The school was turning out ... 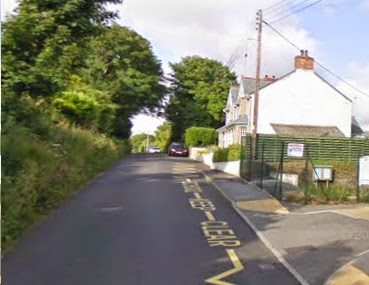 ... and First's 15 minute frequency U1 service was using the road in both directions. It took he fbb's one whole hour to drive from Truro to Penryn, a massive 8.5 miles. Whilst fbb has due sympathy for the consequences of a serious accident, surely the priority should be to clear the road and get traffic moving. That should not have taken over four hours. The bus services must have been in total disarray well into the evening.

Talking of four hours, First's twit service at 2000 on Friday reminded their passengers that:- 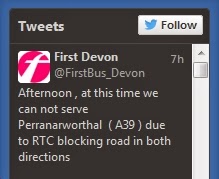 Such are the huge benefits of modern information technology.

But, philosophically speaking, how easy would it have been to get all the way from Seaton by bus on an old fogey's pass? By pure co-incidence this piece of speculative planning links to a bit of Cornwall bus news to which your holidaying blogger will turn on Monday.

But prior to departing fbb was very much concerned about a pub. 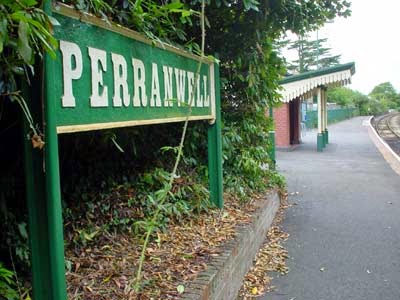 Next rail and model blog : Sunday 15th February
Posted by fatbusbloke at 02:00