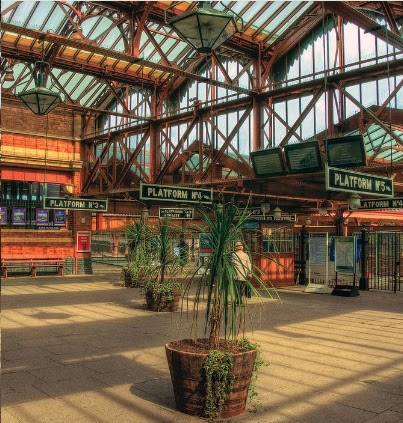 Off to [Birmingham] Moor Street via the Ian Allan book shop where an announcement kept telling us there were no Chiltern trains to Marylebone so would we care to pop over to New Street for a train to Euston. Instead, following the old military command “head for the sound of the guns” I boarded a train for Leamington Spa.

I chose the nominal 1655 train to Leamington Spa which at 1655 had no train crew or engines running. Eventually we had both and after the passage of the 1710 to Stratford-on-Avon the signaller let us go. At Leamington sat a Cross Country voyager. The platform screen said this was the 1823 to Snow Hill but eventually admitted that it was the 1812 to Manchester Piccadilly, next stop Coventry.

This was Saturday 31st January and the "summat up" had happened the previous day. 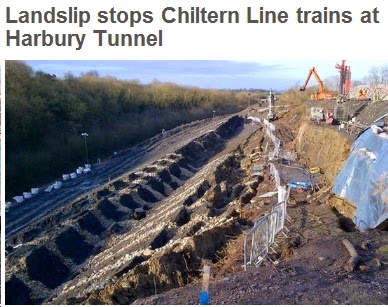 The embankments on the approaches to Harbury tunnel (hardly a tunnel at only 73 yards long) ... 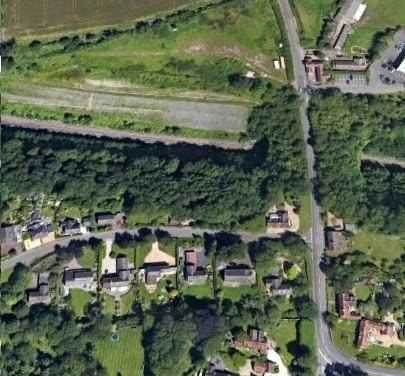 ... are steep and unstable at the best of times. And about 350,000 tons of it has slipped onto the main line between Leamington and Banbury. 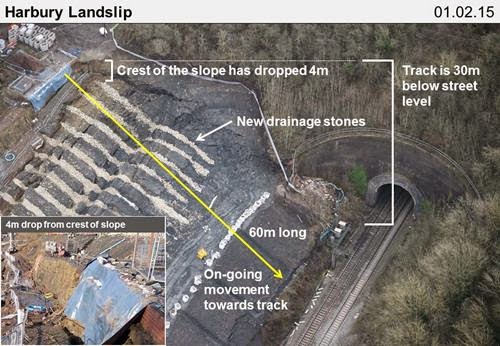 This is what is known technically as "bad news".

A temporary timetable is in operation with a bus (1151/1220) filling the gap. Likewise Cross-Country services are badly affected.

But no timetables (printed or on-line) are available just a journey planning option. Poor.

And a bit of rail nostalgia slots in here. 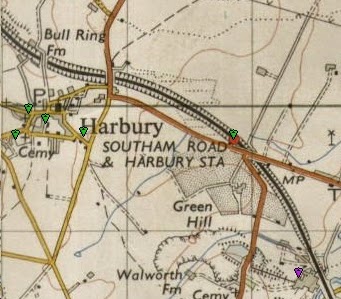 A short distance east of the mini-tunnel (so mini it doesn't even feature on the OS map!) you will find this establishment, apparently in the middle of nowhere in particular. 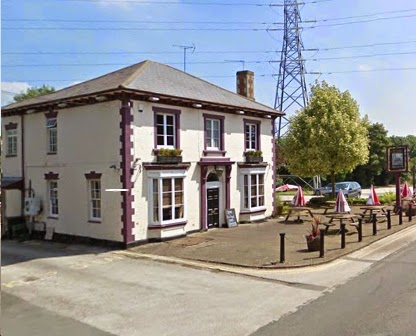 It is called "The Great Western" and it has a "G" gauge model railway hanging from the ceiling!

The pub exists because, just a few yards further on, accessed from the road overbridge ... 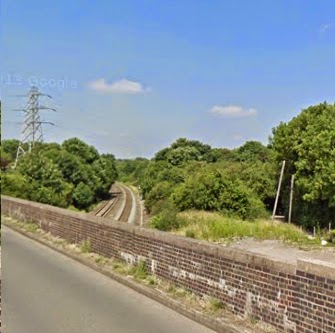 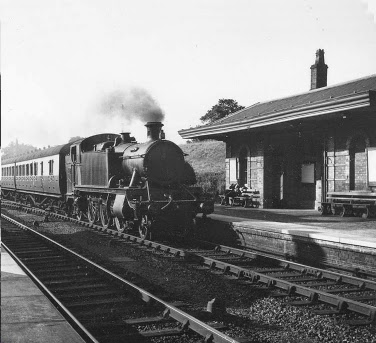 It closed in 1964. However, should you wish to observe the landslip and/or enjoy a snifter in the pub, good old Staecoach (services 65 and 66) will take you there every hour from Leamington Spa.

The pub is at Deppers Bridge, between Harbury and the delightfully named Bishop Itchington.

But earlier this week and in a ferroequinological version of the Butterfly Effect, No 3 son was arriving at Watford Junction Station to do work nearby programing some clever stuff with peoples' confusers. He sends fbb this:-

Please find attached the exciting world of actual commuting. Arrived at Watford Junction to be greeted by two hollering actor types in white jumpers with network rail logos on shouting about an important announcement and waving leaflets in peoples faces. The town crier effect was good, they looks like proper loonies, quite a challenge at Watford Junction as it's plagued with Harry Potter freaks. I grabbed a "leaflet". 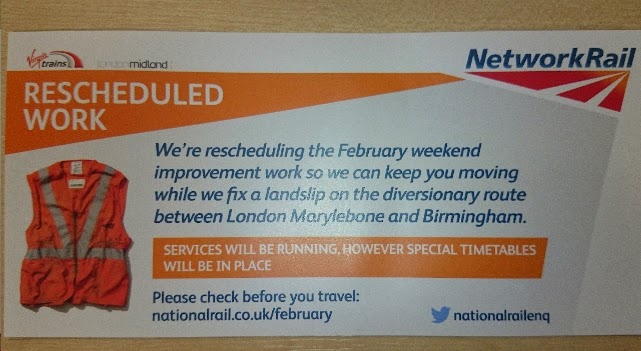 Its about Birmingham and Marylebone?

Is this related to Watford Junction?

It is not the clearest of information.

fbb thinks it says, "The lads are nipping off to Harbury to mend the track, so the disruption at Watford Juntion won't be happening. But, just to confuse you, we will still be running a messed up timetable, but messed up differently from the one we were going to run." Or (more likely) maybe it means, "We were going to run Virgin Trains from Birmingham to Marylebone but we can't because of the landslip, so we'll have to keep Watford open and, sort of, run normally; except it won't be normal."

Do they really need to use "diversionary"? Surely just plain "route" will do. "Services will be running" perhaps should have "via Watford Junction" added.

Clear as a mixture of fine soil particles and water.

Revised property protection will be in place due to the sad demise of their aged guard cat last Monday (with a little help from the vet.) 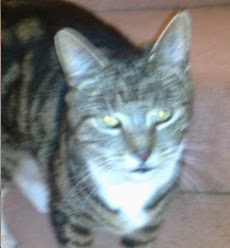 Hopefully blogging will continue as normal but fbb apologises in advance for any reduction in quality and quantity. 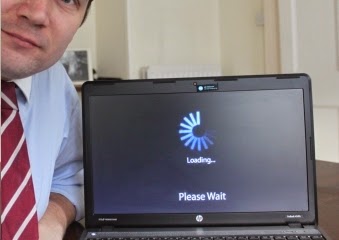