Underground, Overground, wombling free,
The Wombles of Transport for London are we;
Making things better for all those that ride,
Making new rail links, growing with pride! 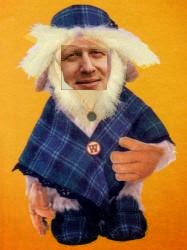 Wombles are organised, Boris in charge
Seeking the Overground routes to enlarge;
Underground, Overground, doffing our cap,
Consulting commuters with a new map 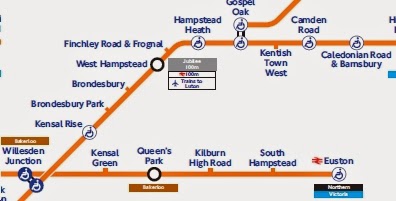 Underground, Overground, Crossrail makes three.
Extending the network; that's what we be.
Adding complexity? Making things clear?
We must wait and see - for many a year!

A week or so ago, Transport for London released a new map, part of a consultation project, showing the vision for the Overground in 2026. Whern you are as old as fbb, such dates become highly speculative!


Following the completion of the current Overground network in December 2012, TfL expressed its intention to operate several other suburban lines within the London area. In late June 2013, as part of the 2013 Spending Review, the Greater London Authority confirmed that Chancellor George Osborne gave the commitment for the West Anglian Suburban Lines to be taken over by TfL by the end of 2015. 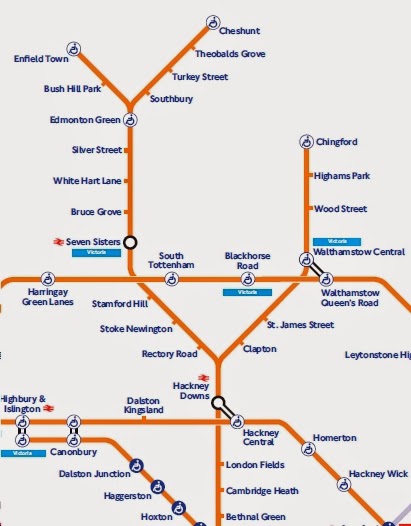 On the Chingford line, trains run every 15 minutes Monday to Saturday ... 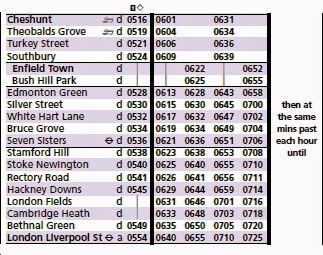 The two 15 minute services remain on separate double track which is why trains leave just a minute apart from Hackney Downs. 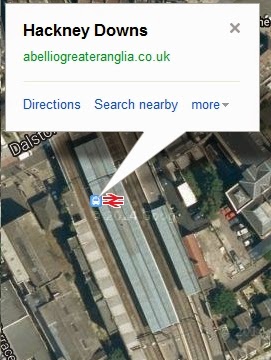 The map shows an interchange between Downs and Central stations at Hackney. This is only for for the adventurous as it involves leaving Downs, walking under the bridge ... 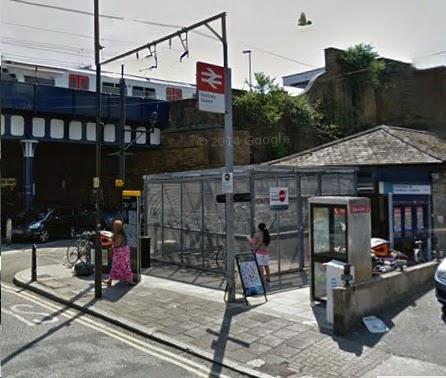 ... turning right to walk down Amhurst Road. Here, if you are unlucky, you might see a "Borismaster" bulbous monstrosity in all-over black advertising livery. 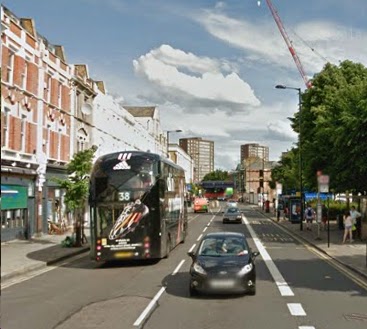 You can see the North London Line overbridge up ahead. The web site for Central station shows the old entrance, via a creepy passageway alongside the old station buildings ... 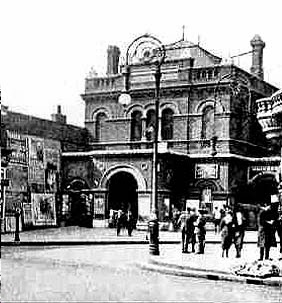 ... and is less than inviting, especially at night! 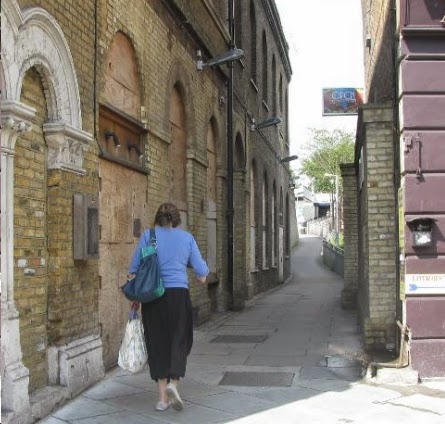 Fortunately a new entrance is now open which you meet first, thus depriving the back-passage loving passenger of the grotty route.

Hackney Central re-opened in 1980, having closed formally in 1944 as a result of enemy action. There is an excellent and thorough history of the station (here)

Who might wish to interchange there? If you were coming from the (future) Overground north eastern suburbs and aiming to get to the Westfield shopping centre at Stratford it might a useful option. 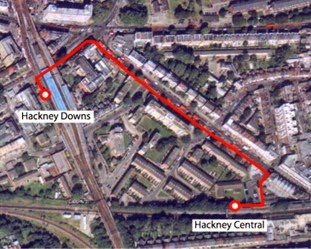 One of the benefits of the Overgound take-over might be better signs for this link. A planning application has been submitted to re-create a direct walkway between the two, almost on the site of a long-since demolished link. The estimated cost is £5 million. Read more (here). Will it be a high priority? 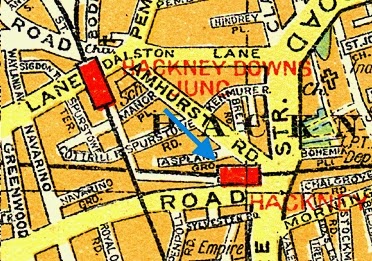 The other interchange is equally dodgy. It would appear from Google Maps and/or Streetview that there is a footpath linking Central and Queens Road stations at Walthamstow (the darker grey on the map). 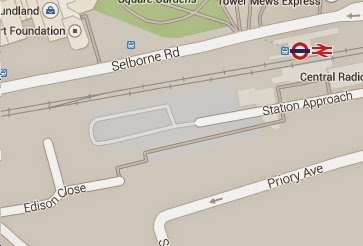 From Edison Close (bottom left) there is an entrance via Exeter Road. Streetview shows a blank fence ... 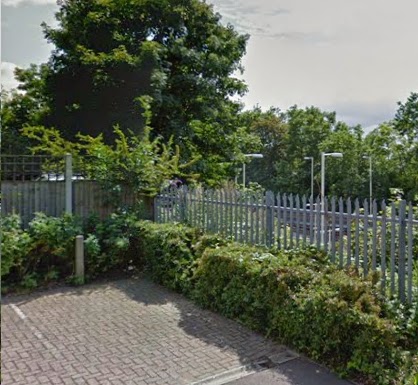 ... but a new access was opened earlier this year. 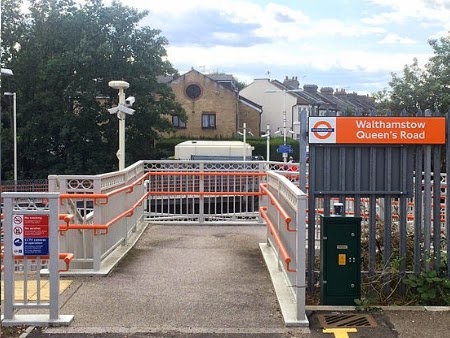 fbb suspects that direction signs are conspicuous by their absence; streetview currently shows building work and off-putting barriers at Central. Again with overgroundisation at Central we can expect better.

In April this year, Transport for London [TfL] announce the start of the process to acquire new trains.

Keen mathematicians will spot that fbb's extract from the TfL press release omits one train from the 39. That train will figure in tomorrow's blog.

As an aside, we now know that the DaFT (Department Transport) is switching off Transport Defunct (sorry, Direct) at the end of this month, leaving us with the even-less-useful Google Transit. Can the latter cope with these interchanges? 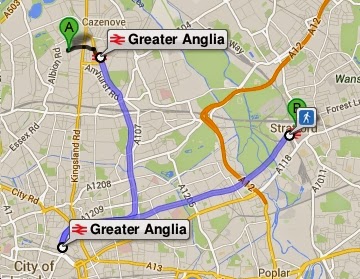 Of course not. More research is under way and may well form the basis for an "odd interchanges" blog in the future. Before fbb commits to blog, however, he wants to visit these links and try them out for himself. Brave man!


Next Overgound blog : Tuesday 30th September
Posted by fatbusbloke at 02:00