A Grand Day Out

With Phil, Bobby and Peter (and others).
Thursday 11th November was wet and windy and not really a day for an adventure.  Tuesday 9th was worse with fbb's village pretty near cut off with floods; the self-same floods which shut down the Island's railway line for several days.   Meanwhile the main Ryde Pier, recently revealed to be falling down (but Island residents have known that for years!), is closed to motor vehicles for several months.   At the same time one of the relatively new Wightlink catamaran ferries was, as they say "busted".    So planning a reliable trip to London to "take in a show" was taxing in the extreme.   (See earlier blog "Escape from Alcatraz" - oh, the joys of living on an island??)
Nevertheless plans were made, revised and revised again and your intrepid travellers made their way wind- and rain-swept along the temporary footway built on the old Ryde tramway pier clutching coats and hats tightly about their persons and marvelling about how little of the once splendid pier is now left standing - basically the poles sticking in the sand!   It is being rebuilt, by the way, at a cost of zillions of pounds so expect even higher ferry fares in the future.   Herewith pic of Ryde Pier when it was holding itself together (just!) 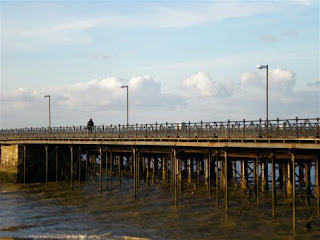 Nearly on time Wightlink and nearly on time South  West Trains took the gang to the "Big Smoke" to take in a show.   And what show?
Why, "The Railway Children", of course ... 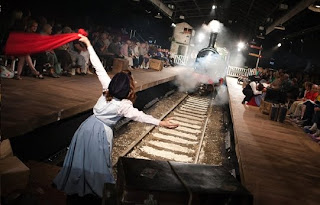 ... staged intriguingly on the unused Eurostar platforms at Waterloo.   And, if you have read the reviews (and even if you haven't) complete with a real train - none less than the massive Stirling "Single" from York Railway Museum trundling in and out at appropriate moments; complete with sound and steam effects galore.
Edith Nesbit's classic story is well known; good and wholesome and a bit soppy in places but the acting and the production were outstanding in every way.

[Useless trivia no. 75a - Edith Nesbit was a co-founder of the Fabian Society, precursor of the Labour Party.]   The cast was (virtually) unknown apart from Caroline Harker who played "Mother".  She has appeared in many TV series, most memorably as WPC Hazel Wallace in "A Touch of Frost". 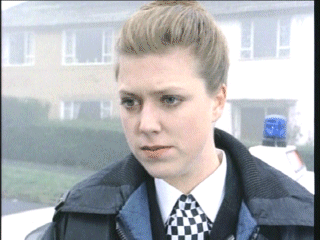 The end of the story - when Bobby (Roberta) meets her just-released but wrongly imprisoned father, as he steps through the steam of the recently arrived train, was a fantastic lump-in-the-throat dramatic conclusion.

Finally, herewith a pic of the "old" Perks (Bernard Cribbins) and the "new boy" alongside the star of the show. 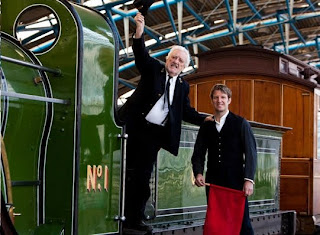 Phil (Phyllis), Bobby (Roberta) and Peter, of course, ARE the Railway Children!
Posted by fatbusbloke at 15:52