It is just about possible that the headline for this blog may excite our readers who are "into" Marvel Comics, Superheroes and the like. 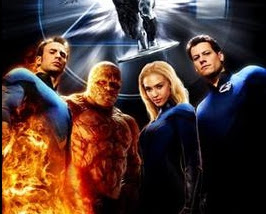 Sorry to disappoint you, folks, but these fine character will not make any further appearance in this blog - or, indeed, the rest of this particular mini-series!

It all began three weeks ago when a huge parcel was delivered to next door, but addressed to fbb.

It was sent by correspondent Julian and the old man was overcome with excitement at the prospect of delving into this Box of Delights. 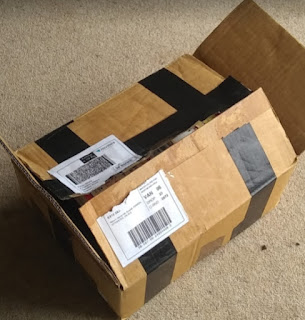 It contained a collection of old model railway books which had been donated to The Bus Archive but which had no real home in a public transport collection. fbb was invited to attempt to find them good and loving homes after first "gorging" on them himself. (Julian's description of fbb's possible reaction to the goodies he had sent.) 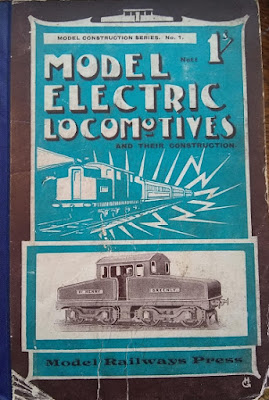 A check with the interwebnet revealed that the first edition of this book was published in 1906 ... 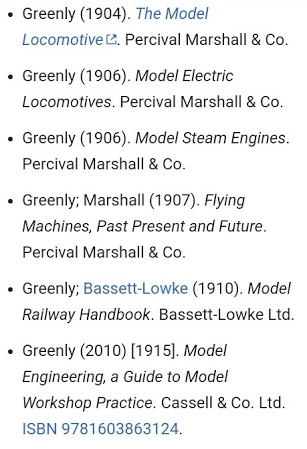 There is no date on fbb's volume, but the web will sell you a fifth edition for a reasonable price. 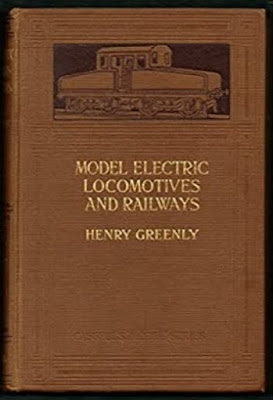 So who was Henry?

Henry Greenly (1876 to 1947) was amongst the foremost miniature railway engineers of the 20th century, remembered as a master of engineering design. 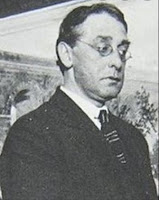 Greenly is perhaps best remembered for his miniature locomotive designs. He worked closely with many engineering companies, including Bassett-Lowke and its various engineering subsidiary companies. In 1909, along with Wenman Joseph Bassett-Lowke, Henry Greenly started and edited Model Railways and Locomotives Magazine.

He worked with Captain J E P Howey on the designs for the world-famous Romney, Hythe and Dymchurch Railway in Kent, England, and served as that railway's Chief Engineer.

Maybe we need some definitions. 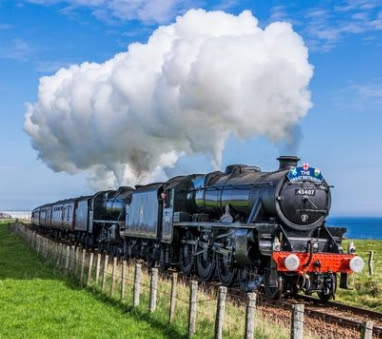 Narrow Gauge railways are real trains with carriages of such a size as to happily contain people in some comfort. The track gauge is much smaller than standard. 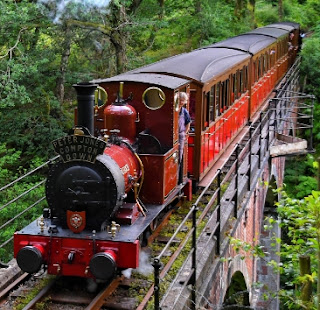 Miniature railways are models of either of the above, built to reduced scale but which can still carry passengers, either in small conventional carriages or on a vehicle whereby the riders sit astride a wagon running on a track elevated from the ground. 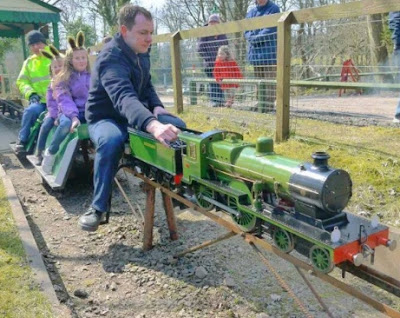 Model railways are smaller and not suitable for carrying human passengers. They are of varying size, scale and quality. 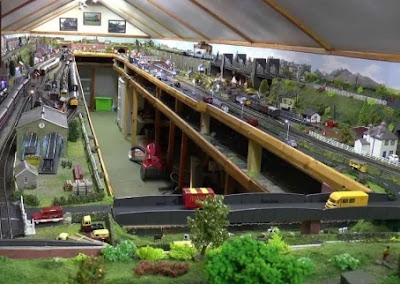 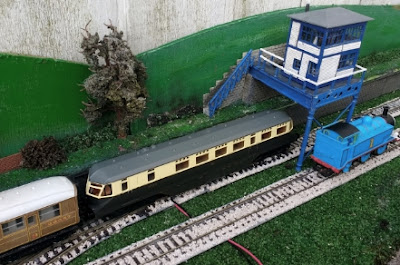 Henry Greenly was an engineer whose skill was employed in designing mainly miniature railways. His locomotives for the Romney Hythe and Dymchurch were models of full-sized locos but running on 15 inch gauge track. 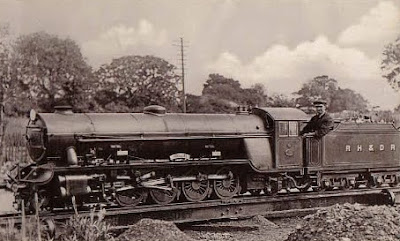 He was also involved in the Ravenglass and Eskdale line, also with trains hauled by a miniatures of the real thing. 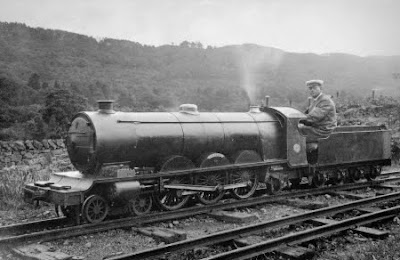 Greenly also worked on the smaller miniature systems, as seen here at a model engineer exhibition in 1923. 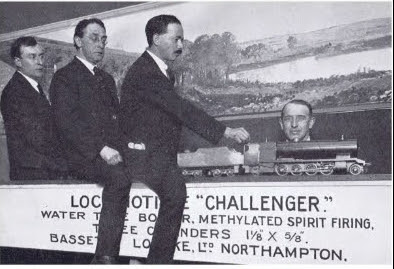 He sits behind the driver and poking his distinguished head up from behind the locomotive is number two of the fantastic four,

Wenman Joseph Bassett-Lowke (27 December 1877 to 21 October 1953) was the son of Joseph Tom Lowke, a Northampton boilermaker and his wife, Eliza, and is noted for having founded the firm of Bassett-Lowke which specialised in producing construction sets, and model railways, boats and ships.

Amongst other things, Bassett Lowke bridged the gap between miniature railways and model railways with engineered locomotives that dropped into both categories. Here, for example, is their gauge O (7mm to the foot) model of the Midland Railway's famous "compound" loco. 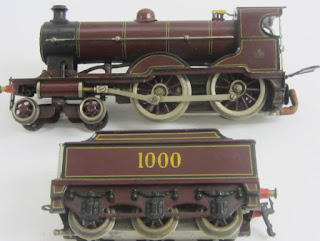 Third of the four was Stefan Bing. The brothers Bing (Adolf and Ignaz) were well known German toymakers 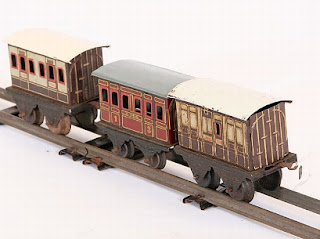 The company produced fine pewter and copper tableware before embarking on toy production in 1880, their first teddy bears were released in 1907. By the early 20th century, Bing was the largest toy company in the world, and Bing's factory in Nuremberg was the largest toy factory in the world. Although Bing produced numerous toys, it is best remembered today for toy trains and live steam powered toys. 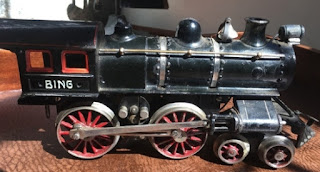 In addition to toys it made scientific and educational novelties, and a huge range of kitchenware, tableware, office equipment, record players, electrical goods and so on.

When things became a bit hot for Jewish businesses ... 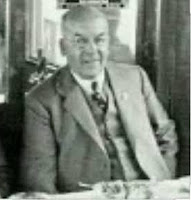 ... Stefan, son of Ignaz, decamped to the UK and began supporting Bassett Lowke in their developments of the smaller scales of model railways, down to O gauge. Many early clockwork trains sold by Bassett Lowke were Bing trainsets painted with pseudo UK railway colours. 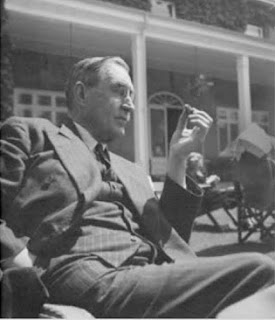 His passion for model engineering led him to start the publishing company that bore his name. 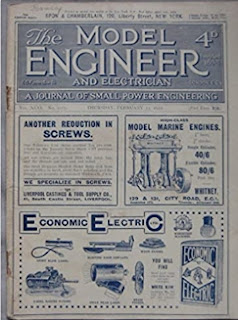 Model Engineer Magazine was first published in 1898 by Percival Marshall, who was to remain its editor for over 50 years. The magazine addressed the emergence of a new hobby - the construction of models (often working) and experimental engineering, largely in metal. It transcended class barriers, appealing to professional engineers, jobbing machinists and anyone interested in making working mechanisms.

As well as the magazine, still circulating today ... 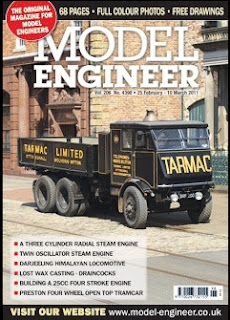 ... he published a huge number of model railway and model engineetring books ... 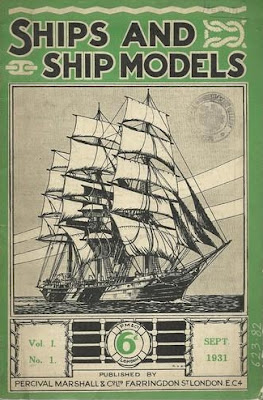 ... some of which have appeared in fbb's "Box of Delights". His small 6d guides were the spur for many a young man (and some old men) to develop their model engineering skills. His guide to using a lathe was a long term product, seen here as published in 1972! 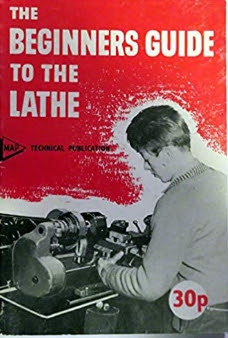 So, it is with our model engineering hat on that we return to Henry Greenly's 1906 book; and it was a very different world from todays's easy-to-do railway modelling.

As we shall see.

It could be argued, therefore, that this particular fantastic four INVENTED railway modelling before anyone thought to give it that title.

Greenly's book begins with a review of the full sized electric locomotivesof the early 1900s ...