A Frustrating Time in Bus-bereft Lyme [2] 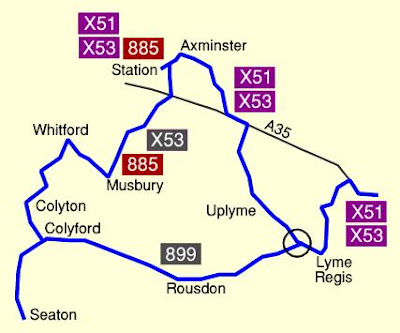 Apparently, First Bus think there is more business to be had between Bridport, Lyme Regis and Axminster. So, despite the onset of the Winter timetable, the service has been doubled to every half hour. To achieve this the two hourly X53 Jurassic Coaster is diverted to Aminster with some extras to fill the gaps.

Very occasional journeys extend from Axminster to Seaton and Exeter much to the anger of fbb's neighbours who lose their faster journey to Exeter and the opportunity of going direct to the Hospital.

All this kicked off yesterday; except it didn't because Lyme Regis is closed to through traffic. Information is a mess. One notice says ...

... that from 27th September you will have to make your own way to either Hunters Lodge (as per yesterday's blog) or Charmouth roundabout as seen here. 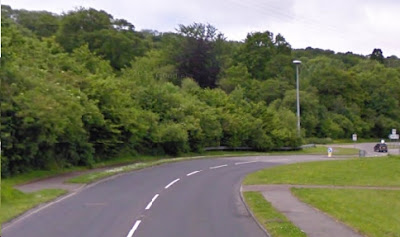 There are, of course, no stop signs! But beside (or below, depending on location) is another slightly less negative notice advertising a shuttle bus. 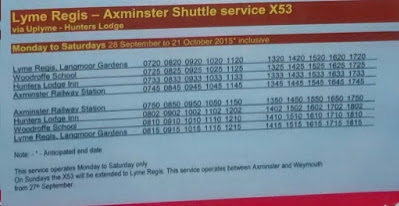 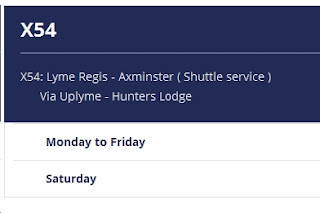 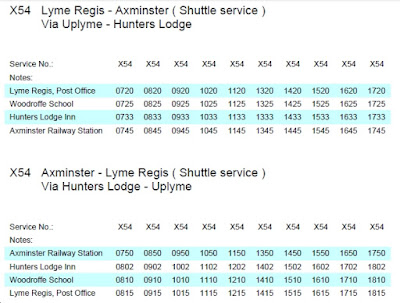 ... nor a shuttle X53 could be found yesterday. The only X53 on-line was the "fill your screens with thousands of dashes" timetable. 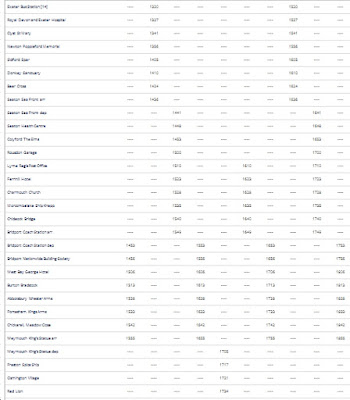 And it was the old superseded timetable as well. USELESS! No shuttle of any kind.

But IF such a service existed, the temporary map would look like this:- 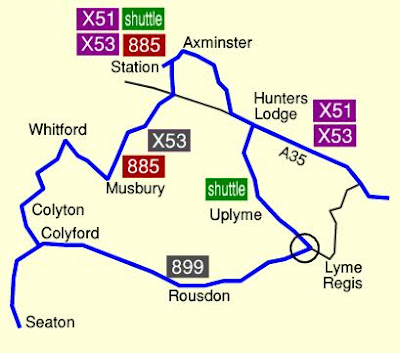 So it was that fbb set off from his Seaton mansion at 0930 yesterday to investigate. First stop; the temporary Information Office ... 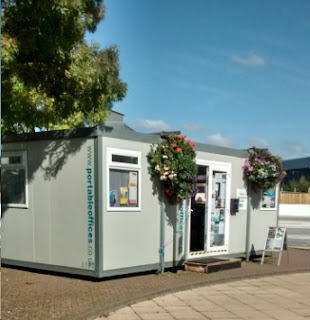 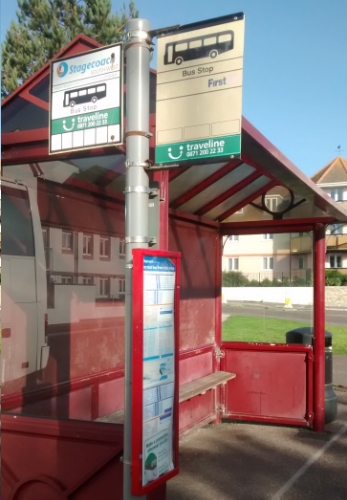 ... NO. Axe valley timetable for added journeys to Lyme Regis?  NO. On the opposite side of the road, for westbound journeys on the X53. 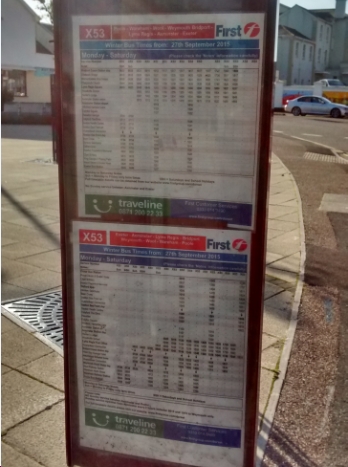 YES! Timetable for both directions. "Use the stop opposite" instruction for the bottom one, NO CHANCE. And was there any indication that buses would not be running to Lyme Regis for five weeks? OF COURSE NOT.

And so a further totter round to Marine Place, the main sea front stop. Here there were First Bus timetables as above, but DEEP AND FRABJOUS JOY, Devon Council had replaced everything with the NEW timetables (cheers) but INCORRECT ones for X53 (boos). Even the stop flags had been amended ... 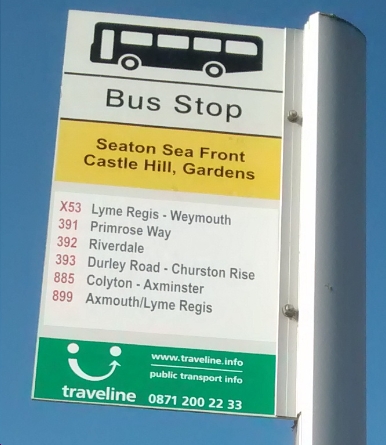 ... with reference to Auntie Frances' 899 to Lyme. Even better (?), the X53 timetable only showed the pitiful three journeys via Seaton; no unnecessary clutter as provided by First. 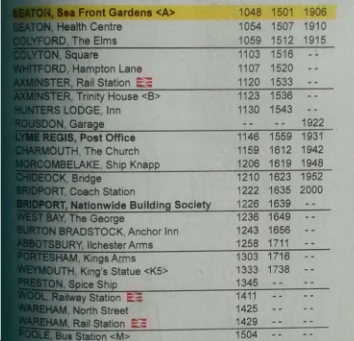 The whole shebang would have been really good if Devon had bothered to stick in a note reminding us (if we ever knew) of the Lyme Regis bus-less blockade. DISGRACEFUL. On second thoughts, maybe neither Frst nor Dorset county bothered to tell Devon. Now that IS disgraceful! But not a proverbial dicky-bird. This holiday-making lady from Sutton Coldfield ... 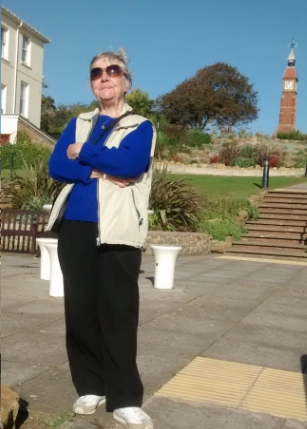 ... was decidedly dis-chuffed to be told by fbb that her expected X53 wasn't coming and she would have to wait nearly and hour, then to be told further that her intended trip to Weymouth and back would be impossible. She and her hubby ruefully decided to go to Charmouth instead.

But fbb was intent on catching the aforementioned 899, provided on a de minimis tender to give some limited service along the road via Rousdon cruelly vacated by First. But 1000 came - and went. fbb felt a disaster was impending but whilst anxiously scanning the approach roads he was able to offer somewhat negative advice to three other disappointed X53 potentials.

But, six minutes late, the bus arrived. fbb was so anxious to board that he forgot to take any meaningful pictures; just managing to capture part of the side destination. It showed "Woodroffe School" but the bus wasn't going there. 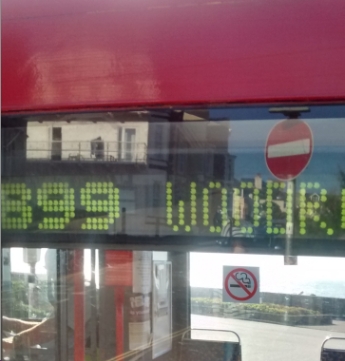 Axe Valley Mini Travel hadn't managed to update their electronic screens. But, hey, use the school bus setting, no-one will bother. And no-one did.

"Where in Lyme will you be stopping?" asked fbb as he boarded; with his OAP pass, as usual, failing to excite the ticket machine.

The answer, and the rest of the trip, will be revealed tomorrow.

It's almost as exciting as episodes of EastEnders!