Marlborough Street bus station was opened in 1958 by the Bristol Omnibus Company. It replaced stands located at various points in the city centre and was the base for country services. 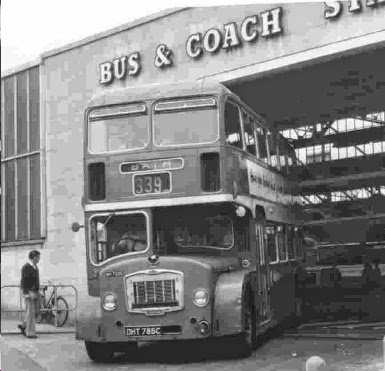 It was in a typical Tilling group "depot with bus stands" style. 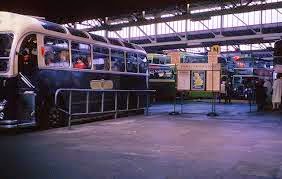 In 2003, the BBC reported plans for rebuilding it. 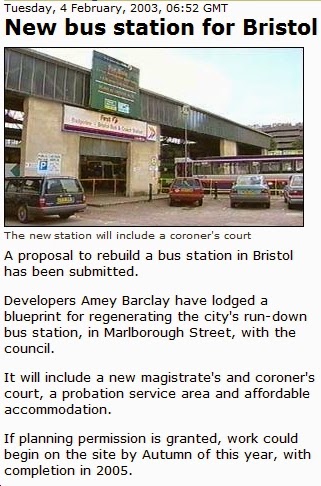 By 2006 it was rebuilt, largely roofless for vehicles, and with glass screens between passenger and bus. 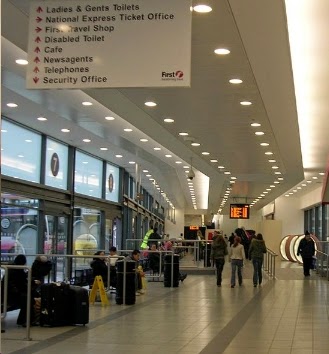 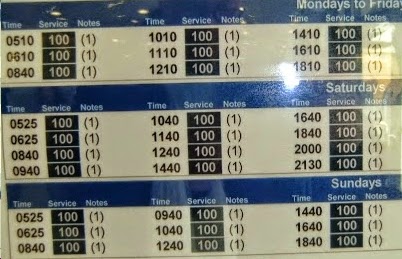 Let's go back a bit.

Readers may remember First Bus' entry into the UK long-distance travel market with Greyhound; frequent luxury coaches from Portsmouth and Southampton to London. 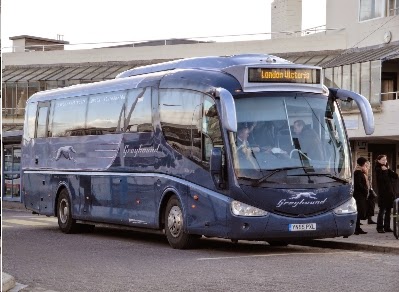 Soon these became significantly less frequent and it was not long before the service disappeared. The coaches were redeployed on the long standing route 100 between Cardiff and Swansea. The route was subsequently extended to Bristol Airport, partly echoing an earlier version back in South Wales Transport days. 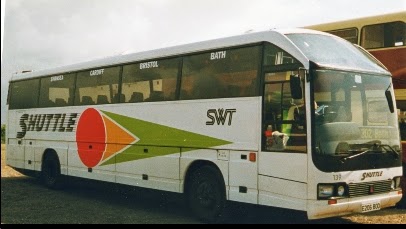 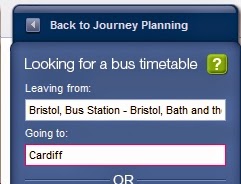 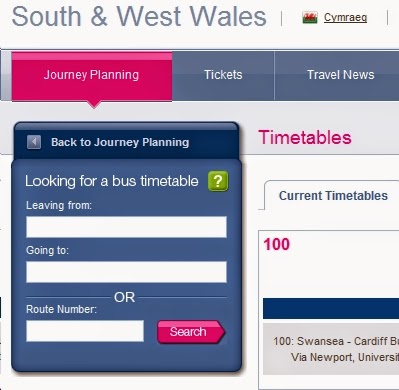 Well those funny welsh people run it; we want nothing to do with them in Brizzle, m'dear. 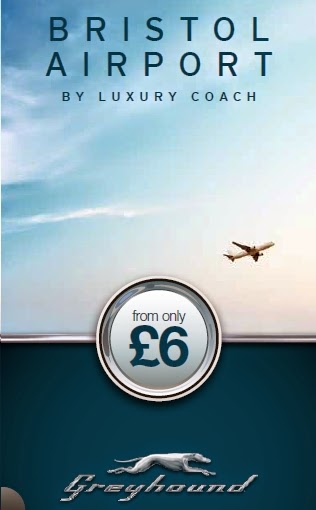 Anyway, here is an extract from the current Greyhound site timetable. 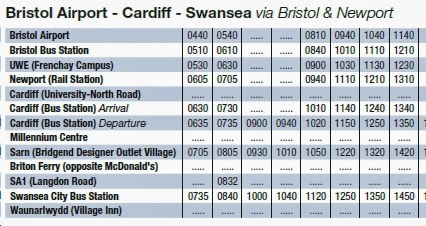 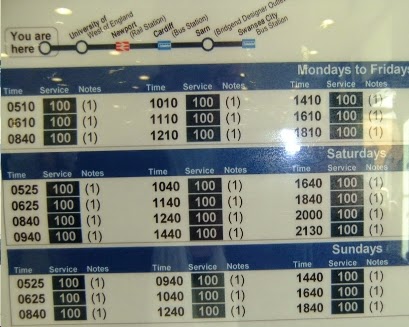 The service 100 departure times are correct, exactly as shown on the timetable; the little route diagram shows the full service; but, look and wonder, they all have note (1) added.

A few questions to be answered by First Bus management.

1. Why doesn't the service appear on the Bristol area web site?

2. Why isn't there a proper timetable posted at Bristol bus station?

3. What wally approved such a glaring inaccuracy as note (1)?

4. Why has no member of staff spotted how daft it is?

5. Do you want people to travel on your service or not? 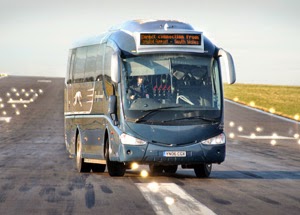 6. Is it wise to unload passengers on the runway?

However, there is some good news; or is it bad news? From 4th May the problem of incompetent Greyhound information at Bristol bus station is resolved.

Service 100 (has the Greyhound died?) will no longer call at Bristol centre or UWE! The big question, however, is, as yet, unresolved. Will First admit that it runs beyond Cardiff and say so at bus stands? 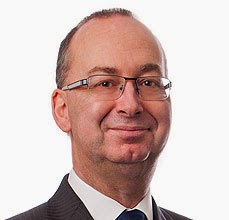 We are pleased with our progress in UK Bus and performance was very much as expected. The turnaround programme is right on track and we delivered 1.8% passenger revenue growth during the year which was underpinned by good passenger volume growth. Our confidence continues to grow that we are putting this business on a much firmer base. Although we are on track and very encouraged by the results so far, in particular the volume increases in the areas where we have rolled out our new commercial proposition; there is still much to do. Also there is no quick way of turning these early results into higher revenues and profits. We are putting in place the building blocks and then it will take time for that to be reflected in increased returns.

Perhaps telling people where and when your buses go might help?

Thanks, Bob, for prompting this blog and sending the photo.


Next bus blog : Wednesday 23rd April
Posted by fatbusbloke at 02:00