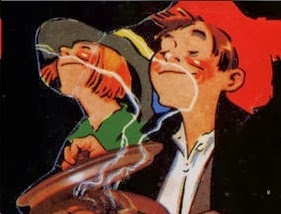 The railway came to Bicester in 1850 with the line between Oxford and the LNWR main line at Bletchley. 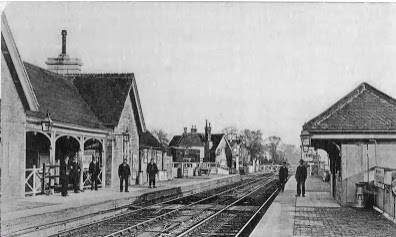 The station was on London Road but did not gain that suffix until 1954! It has to be said that the the line was never a great business success. The company was not allowed to run into the GWR station in Oxford and was forced to build its own terminus next door. 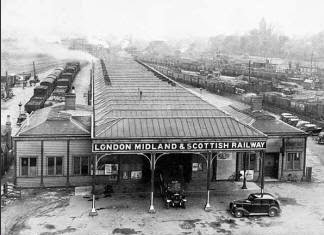 Extra stops were added to attract extra custom and one weird experiment was tried. 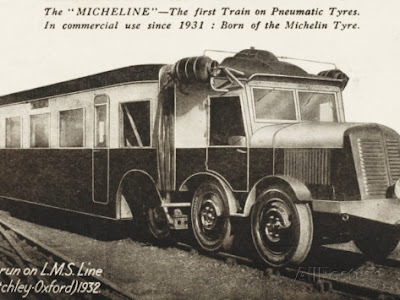 The Micheline (manufactured by the eponymous firm without the final "e") ran on pneumatic tyres and was, effectively, a bus that ran on rails. Like the line, it was not successful and only lasted just over a year.

The Beeching Axe fell in 1968. But reprieve was to come. 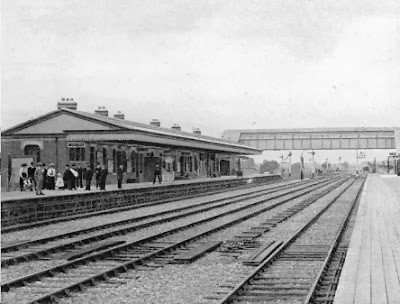 The station had two through lines for fast expresses and two platform roads for stopping trains. On a main line between London Paddington and Birmingham Snow Hill (and beyond) it was always going to be the more important of the two. It gained the title "North" in 1949. 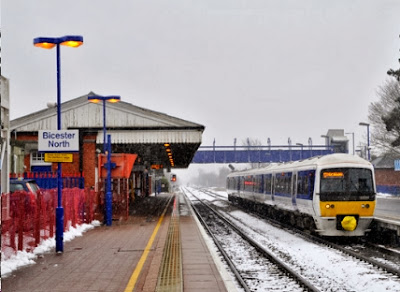 For 19 years (1968 until 1987) it  became the only station for the folk of Bicester. Today, having lost the through roads and after a sigificant rebuild, the station is served by Chiltern Trains offering three trains an hour Monday to Saturday daytime. 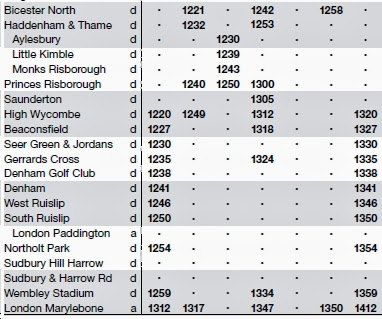 On a negative note, observe the wonderful service at Sudbury Hill Harrow and Sudbury & Harrow Road! 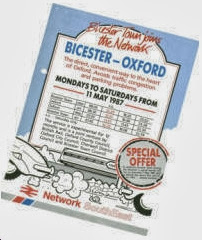 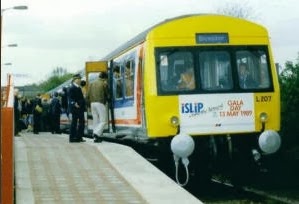 The line and its service was very basic and even today lacks the clock-face timetable which might be expected between Bicester and Oxford.


There are no through trains to London, leaving the Bicester North service as the premier route. But all that is due to change again.


Chiltern Railways will open the first new rail link between two major British cities (Oxford and London!) for 100 years with the line expected to deliver significant economic benefits for those living and working along the route. Towns and villages to the north of Oxford will gain especially from improved rail access and a new parkway station for the region. In addition, the fast growing town of Bicester will enjoy an additional link to the capital adjacent to Bicester Village Shopping Centre. The project will also see the re-establishment of long lost rail links, such as between High Wycombe and Oxford.


Tomorrow we shall take a look at the growth of Bicester over the years; expanding from quiet market town in the 1930s ... 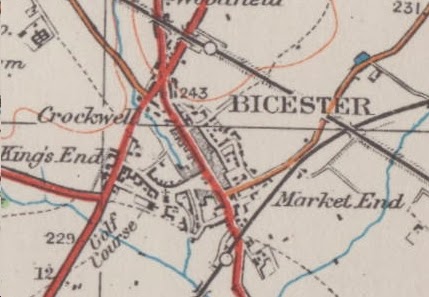 ... to the busy residential area we see today.

Sometimes you think it might have good if Tim Rice-Pudding and Andrew Lloyd's Bank had written musicals about the whole of the Bible. The songs are utterly memorable and seem fresh and lively; some of them even after 45 years! Certainly the story of Joseph is spot-on true to the ancient texts ...
... apart from one minor detail. 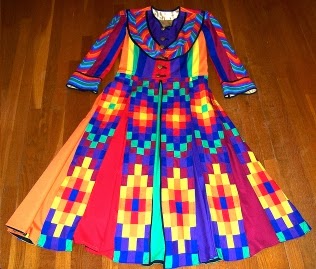 It wasn't a coat of many colours.


Modern scholarship and research confirms that the typical children's story image is as a result of poor translation and a misunderstanding of the Hebrew texts. Somehow, "Joseph and the Amazing Embroidered Coat with Long Sleeves" doesn't quite hit the spot!

Modern readers often sympathise with the brothers, angered by their father's pointed favouritism! But Jacob was not cruelly biased; he was recognising a tough truth. Jacob had "relations" with three women, producing 11 children,  before he was allowed by his father-in-law to marry the woman he loved, Rachel. Joseph was her firstborn.

Joseph was (a) thrown down a well, (b) sold as a slave, (c) falsely imprisoned but (d) promoted to high authority. Egyptian documents confirm that the employment of "foreigners", event in top jobs, was not unusual; so, yet again, the Bible story fits with the historical background. 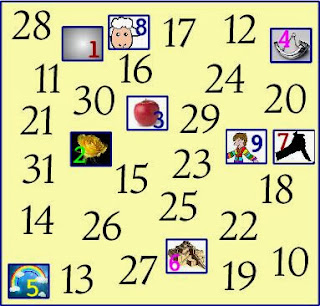 Joseph's story is a powerful example of the power of Faith and God's protection over unfortunate circumstances.