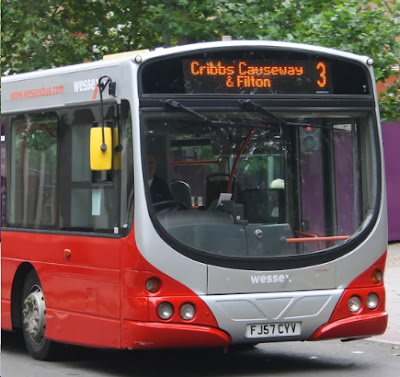 Rotala's Bristol area operation (branded Wessex) was originally focussed on a network for the University of the West of England (UWE) and a few tendered routes. These were always available to Joe Public but recently were renumbered into a "normal" series. The next development was of services of a more obviously competitive nature. Such was route 3.


This runs along the busy Gloucester Road where it offers a modicum of "interference" with First's 75 and 76. These run jointly every 5 minutes to Horfield where the 76 turns off, leaving the 75 to plough on via Filton and the Patchway Estate to Cribbs Causeway. 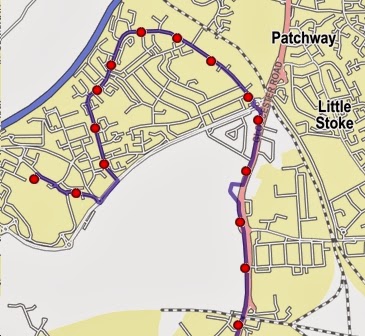 The Wessex 3 is different at the end. After Gypsy Patch Lane (north of Filton, indicated by the little bus on the map below) ... 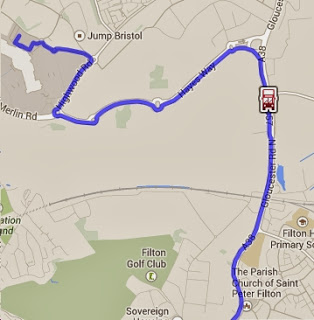 ... it turns left down a road utterly absent from Traveline's route 75 map. We wouldn't expect Traveline to keep its graphics up to date, would we? The road is Hayes Way (dual carriageway above the blue grid number 60) ... 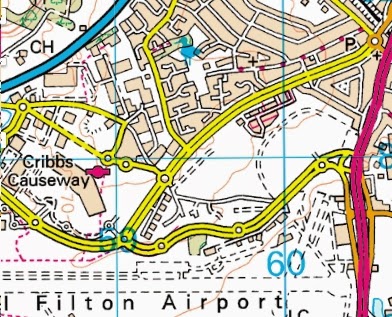 ... which blasts its way across former industrial areas associated with the now-closed Filton airfield.

The new road is dual carriageway and runs around the edge of the new Charlton Hayes development for approximately one mile. The road has been built over the past ten months by Bovis Homes as part of planning permission from South Gloucestershire Council for the new housing development. 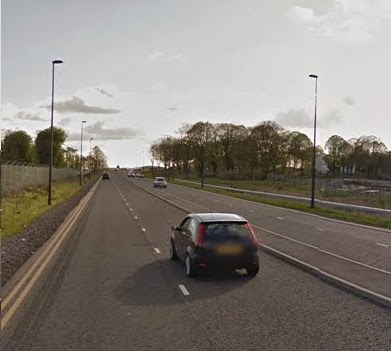 Not good bus territory, yet, BUT a speedier way to get to the Cribbs Causeway shopping "mall".

Wessex 3 runs every 15 minutes off-peak Monday to Friday and all day on Saturdays. There is no evening or Sunday service ... normally (?).

But Wessex journey times offer a considerable improvement on all First's services [Saturday times are shown].

Despite First's revolutionary new fares structure (read again) Wessex is still cheaper for most cash fares and significantly so with smart-card discounts.

In Bristol The Centre (originally "The Tramway Centre"), the stop for Wessex 3 is on Colston Avenue (map top). 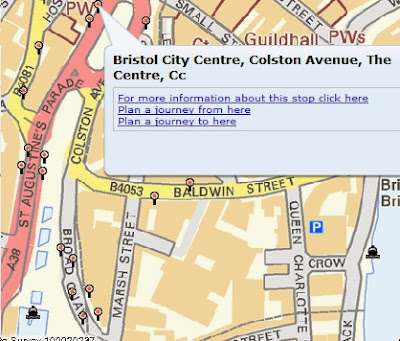 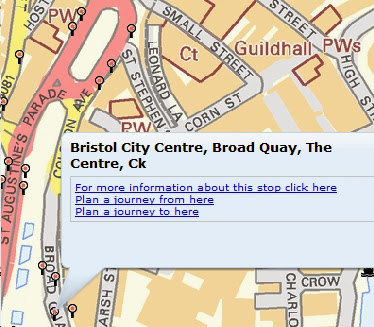 ... so it is not practicable, from there at least, to jump on the first bus that turns up. But whilst waiting for the 75, you can go and have a  paddle in the fountains. 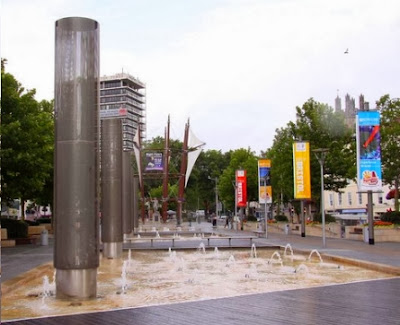 And, yes, it was once a quay that was very broad. 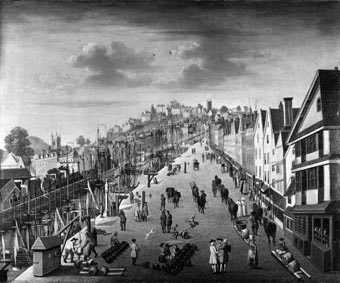 But, for the purposes of this blog, we will choose Wessex 3 and trot obediently to Colson Avenue Stop Cc and await our vehicle. 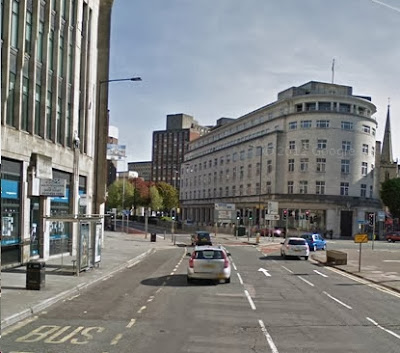 Whilst there, we may observe other Wessex routes; 12 to UWE via Gloucester Road and 15 to UWE via Clifton Down and Filton Avenue. These, of course, are "Wessex Red" routes for the university; our chosen service 3 is a Wessex Bristol service and on a different part of the web site. The Wessex Bristol buses are, of course painted red; whilst Wessex Red buses are painted ... erm ... red; 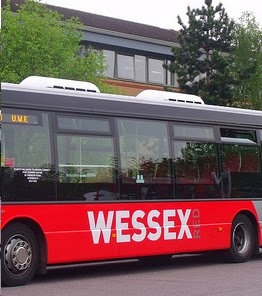 Just to keep you on your toes, livery-wise, the Wessex Bristol (red) bus at the top of this blog, used to be a Wessex Red red bus ... 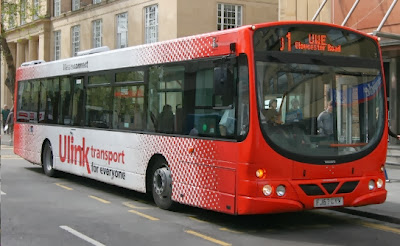 And before that (or was it after that?) it was a red and black Wessex Red (red?) bus.

Anyay, we are at the Colston Avenue stop waiting for our service 3 and, to pass the time, we consult he timetable frame to check that we are in the right place.

And what a sight for sore eyes!


Next bus blog : Thursday 7th November
Posted by fatbusbloke at 02:00