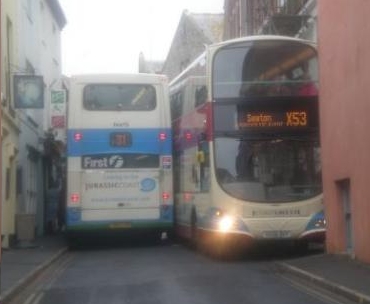 The main route into Lyme Regis town centre was closed for hours after two double deckers became wedged together.The First buses got stuck as they passed in Church Street just before 9am on Monday morning (4th March) and were freed just before 1pm. The X53 and 31 buses were millimetres away from buildings and police closed the street and diverted traffic through Coombe Street. A recovery truck lifted one bus and moved it further on to the pavement, but the other bus was still unable to move because of a flat battery. 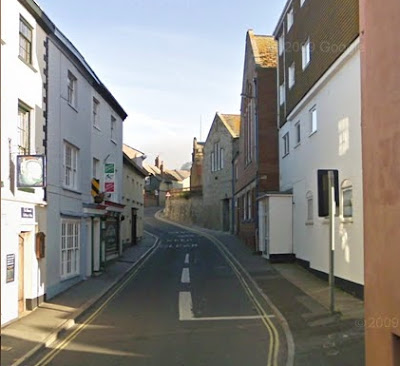 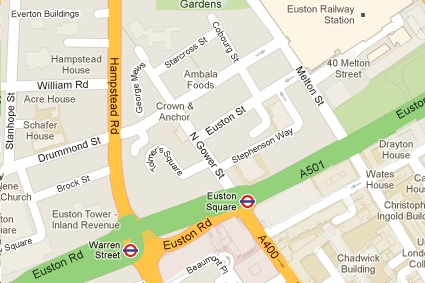 We continue our ride on London Buses route 24 which for just over 100 years has fun from South End Green at the southernmost tip of Hampstead Heath to Pimlico. From Euston Road we take the A400 south along Gower Street ... 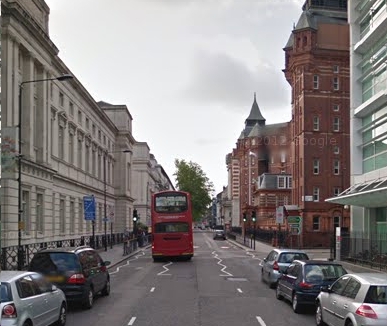 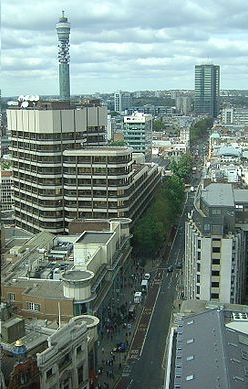 At the end we come to the iconic office black called Centre Point.


Centre Point is a substantial concrete and glass office building in central London, England, occupying 101–103 New Oxford Street, WC1, close to St Giles Circus and almost directly above Tottenham Court Road tube station. The site was once occupied by a gallows. One of the first skyscrapers in London ... 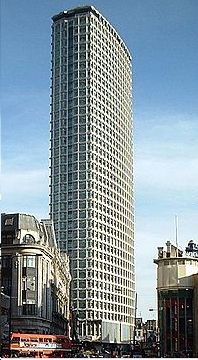 ... it is now the city's joint 27th tallest building. Since 1995 it has been a grade II listed building. An aggressive use of the "flashy and international style of crystalline concrete" that Richard Seifert developed with his partner H.G. Marsh, the 380-ft tower stood empty for five years after its completion in 1967.

This empty building attracted many weird and wonderful theories. It was, so we were told, not really an office block at all, but a launch silo for nuclear missiles. Alterantively, it was built to withstand a direct nuclear hit, linked to Westminster by secret tunnels and would house the government when the Ruskies did their obliteration stuff! 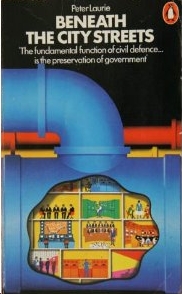 Peter Laurie's book claims to identify a whole network of underground bunkers, control rooms and escape routes; sadly not for you and me - we would fry whilst government was being saved! Now Centre Point is the site for substantial excavation work for the Tottenham Court Road Crossrail station. 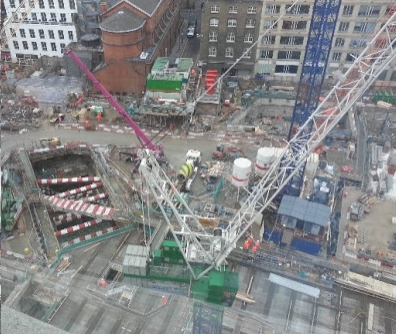 The photo was taken by No 1 son during a rather boring discussion at a meeting with "Igor" from the KGB.

fbb is, of course, only joking!

From here the 24 does its tourist thing via Charing Cross Road, Leicester Square, Trafalgar Square, Whitehall ... 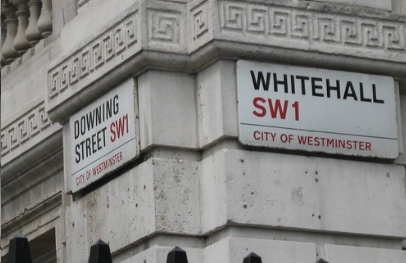 ... where you can give Dave a wave as you trundle past his little gated cul-de-sac!

fbb remembers "the good old days" when we all could toddle up the steps in the corner of Horse Guards Parade ... 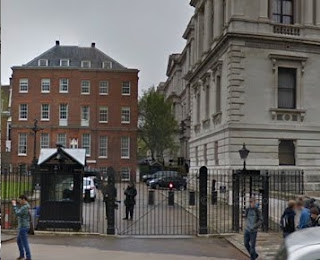 Downing Street beyond the tree behind the black cars.
Horse Guards Parade off shot, left.

... and wander along the full length of Downing Street, smiling sheepishly at the (unarmed) policeman standing "guard" by that famous front door.

In 1982 access was restricted with railings and a demountable gate. This was replaced by the current black steel gates in 1989. 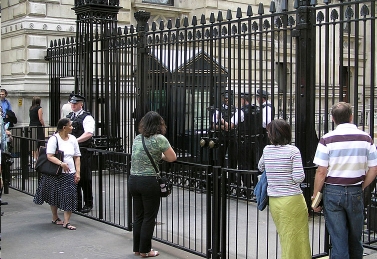 The increase in security was due to an increase in violence, particularly by the IRA. But the public right of way along Downing Street has never been withdrawn or subject to a gating order under the Highways Act 1980. The road retains the status of a public highway maintained by Westminster City Council.

But try exercising that right of access! fbb will visit you in "The Scrubs"!

On our No 24 bus, however, we merely chug by, continuing forward to pass the Houses of Parliament and Westminster Abbey before rolling along Victoria Street to Victoria Station, where we stop on Vauxhall Bridge Road (follow the white van) and not in the bus station (straight ahead). 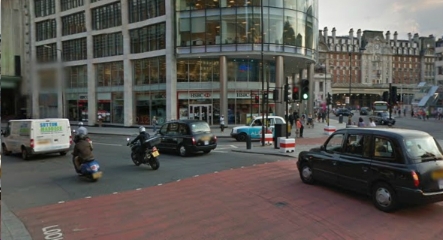 In 1910, the 24 terminated at Victoria, but two years later it was extended to Pimlico. And that's where fbb will take us tomorrow.

Really? fbb is preparing a blog which suggests, rather pointedly, that "not telling the public" is particularly endemic in the bus industry. Of course, if fbb's contention is that this aggro had nothing to do with the public, but is a piece of stroppy bell-wringing bueaucracy, then the upcoming blog will be explain nothing.

Our readers will decide. fbb is waiting for a final piece of information.