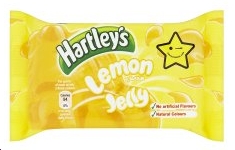 In the end Mrs fbb decided to use orange jelly to make her specially delicious cheesecake.

near Plymouth (in Devon)
It's got a station; and some pretties! 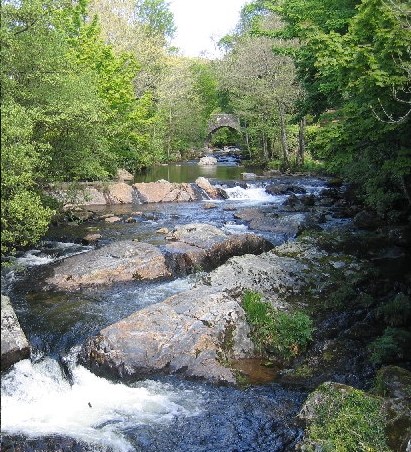 Ivybridge is a pretty little town on the edge of the fabulous Dartmoor National Park. In its day it has been a staging post for the London coaches and the River Erme has enabled the town to be used for Mills as well. There were three Mills in Ivybridge, one still survives today, all powered by the river, the elixir of life for the town. This little river is now part of the attraction of Ivybridge flowing through the middle of the town and drawing many tourists to photograph its beauty in the heart of the town centre.

The name Ivybridge is derived from a small 13th-century hump-backed ivy covered bridge of the same name. Apart from swimming, it was the only means of crossing the river until 1819. JMW Turner is one of the famous artists who’ve been captivated by the town’s beauty, drawing the old pack horse bridge at the north end of the town. 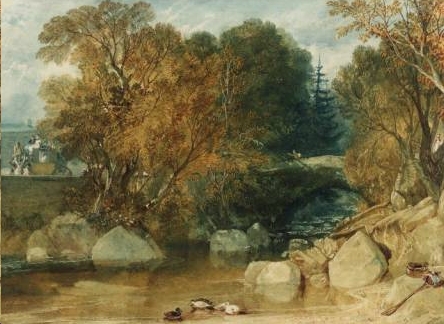 And you thought that all Turners were splodgy?

The first station at Ivybridge was located north of the village. It was not complete when the South Devon Railway was opened, but was brought into use just six weeks later on 15 June 1848. 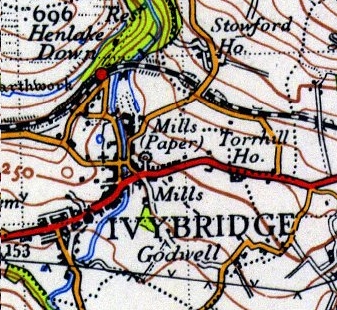 The building was situated on the north side of the track, immediately to the west of Ivybridge Viaduct. 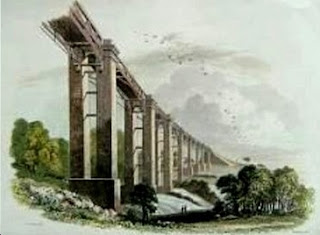 The original line, station and viaduct were, of course, built for Brunel's "broad gauge" track and trains. 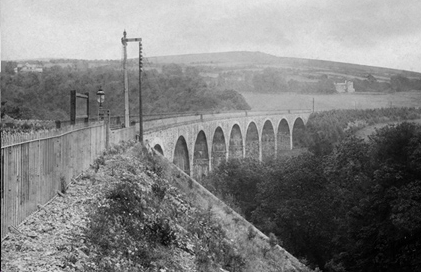 In 1893 the single-track viaduct was rebuilt with double tracks and still stands alongside a few remaining pillars from the original construction. 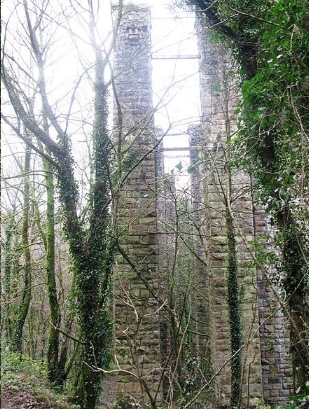 Passenger trains were withdrawn on 2 March 1965.

A new station was opened east of the viaduct on 15 July 1994. To fit in the narrow site, the platforms are staggered, with the eastbound platform nearer to Plymouth than the westbound. 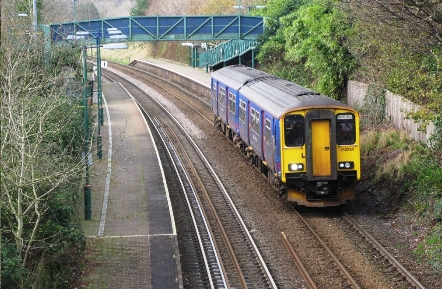 It was marketed as a Park and Ride station with a large 100-space car park to entice car drivers off the A38 road into Plymouth, but the level of train service is hardly attractive.

Trains in the opposite direction are similarly irregular with, notably, a near four hour gap between the 1003 and 1356 arrivals from Plymouth on Mondays to Fridays. It is not a surprise that the new station car park is rarely overstretched. 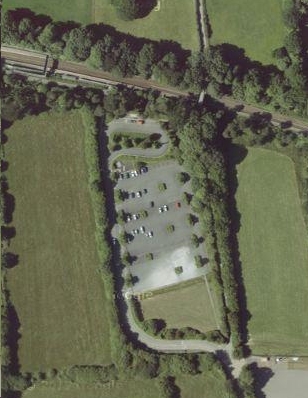 One intriguing piece of trivia can be seen here:- 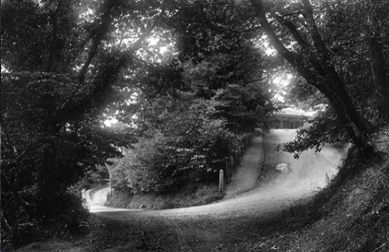 This is an ancient picture of the old station approach road and note the distinctive post in the centre of the shot. Now roll forward a good few years to the present day. Although the station is long gone, the access road, now a track, is still there and ... 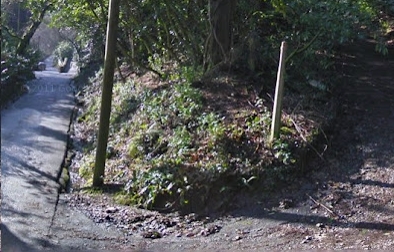 ... so is a similarly placed post. Probably not the same one, though!


So the much improved new bus services might well be attractive. Tomorrow our investigation continues as we examine the publicity from First Bus and Plymouth Citybus (Go-ahead) for the two new competing services.


Next Bus Blog : Thursday 4th October
Posted by fatbusbloke at 02:13