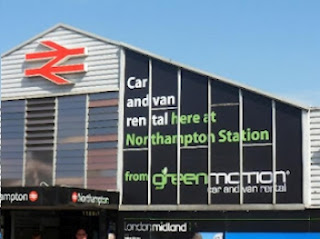 Well now, not content with closing the enquiry office, London Midland has let it to a car and van hire company; so you can pop into the station and be encouraged not to use the train at all.

Green Motion's "launch" picture for its new Northampton Station office doesn't seem to match any part of the station that fbb knows and loves. 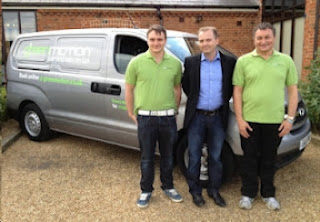 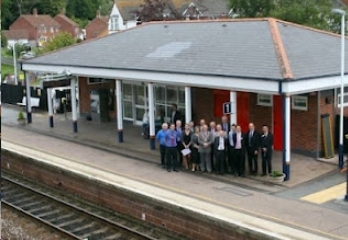 ... the station, of course! fbb first passed through Honiton Station on his way to Sidmouth back in November 2011, 6 months after its refurbished re-opening. The impressive little cupboard cafe was still trading last Saturday with an amazing range of goodies ... 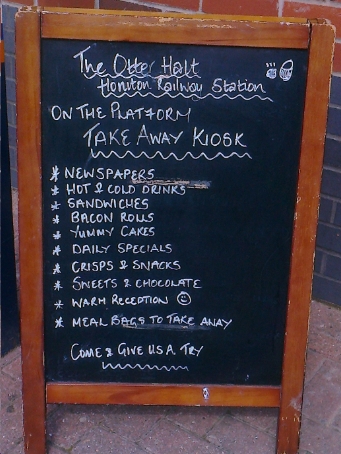 ... and the advertised warm welcome. Called "Otter Halt", after the river, not the animal, it had now sprouted a couple of tables and some chairs. 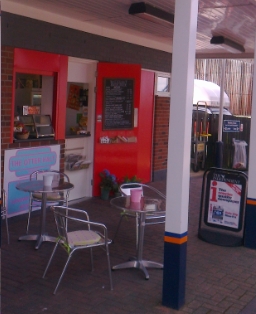 The coffee is superb.
fbb and Mrs were, once again, connecting with Stagecoach service 52B for the short and picturesque trip to Sidmouth. 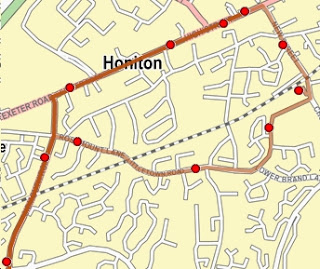 The bus runs via a one way clockwise loop through Honiton and after a short breather in Honiton High Street, pulls into the Station forecourt ... 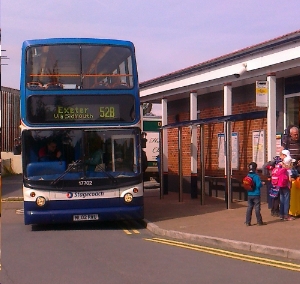 ... where there is a shelter and a timetable. 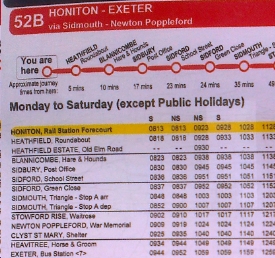 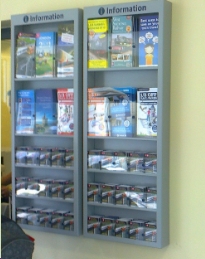 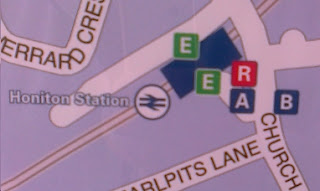 ... which suggests that the 52B leaves from stop "B" on Church Hill opposite the station yard access road. There are no stops there! 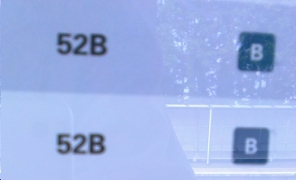 There is a stop at the bottom of the station steps near the railway bridge that crosses the road. 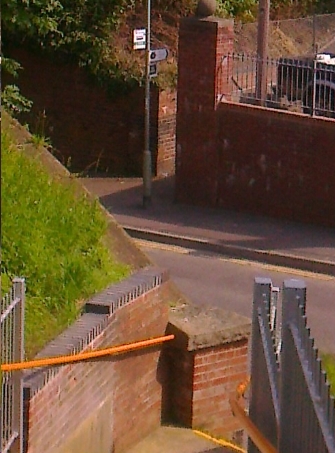 Imagine the annoyance of a luggage laden elderly lady who has staggered down two dozen awkward steps, dashed across a rather dangerous road and hailed the bus; only to find that it then turns into the station yard and stops plumb outside the station building. In fact the map is both wrong and utterly useless. As an aside so are the similar maps at Salisbury, riddled with out of date information and wrong service numbers.
Who creates this stuff, and who is responsible for keeping it up to date? No doubt it comes from some impersonal unresearched database and is processed by a "lesser mortal" who has no idea where Honiton is in the first place. And we all know that if it's "on the computer" it mist be right, even if it's utterly wrong.
One improvement to the railway at Honiton is a set of new signals ... 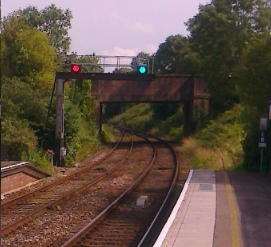 ... which don't look particularly interesting until you get up close and personal. They are actually powered by LEDs (light emitting diodes) and consist of lots of green and red dots so they can show both aspects from one signal head. 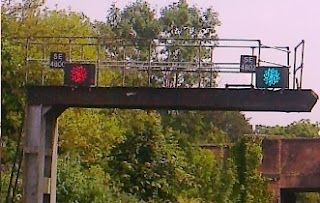 Very clever and a lot cheaper to install and maintain than conventional signals.

Oh, and as if to confirm cartographical chaos, Google Maps doesn't seem to know where the bus stops are either. 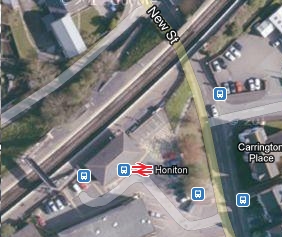 But at least they give you a choice of FIVE.

So fbb has a message for nice bearded Mr Souter, boss of all Stagecoach operations everywhere: 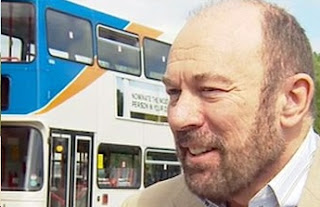 How about telling your lads at Exeter that you also operate trains, and maybe they should pop a few leaflets into the station. Perhaps remind them that the bus to Sidmouth connects with the trains. You never know, people might use public transport a bit more if you told them about it. Similarly, perhaps you could tell your lads (and lasses) at Friars Bridge Court (an address that you seem to keep secret on your web site) ... 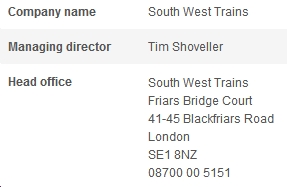 ... that you run a bus or two here and there and you would like people to use them. Assuming that you do want people to use them.
fbb has provided this consultancy service entirely free of charge; unlike most consultants used in the transport industry today who would probably charge half a million pounds for such an intellectual insight into promotional and publicity possibilities. Mind you a free SWT rail pass would be nice. How about it Brian?
.

Next Blog : Saturday 28th July
Posted by fatbusbloke at 03:01