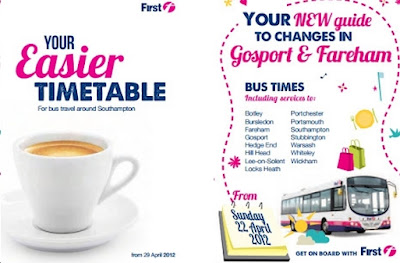 Two "trendy" timetable covers?
The Gosport & Fareham book was late and the Southampton version nearly so, but both productions are excellent examples of how to present a new network to the public. It was a pleasure to see a good selection of passengers actually using their booklets on recent visits.
Both publications have pages which explain the new routes and their relationship to the previous network. 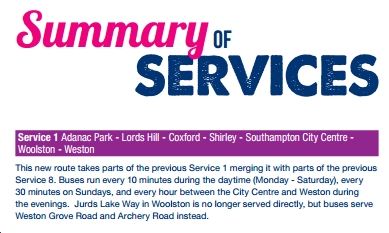 Southampton uses the route colours in is heading whilst Fareham is monochrome:- 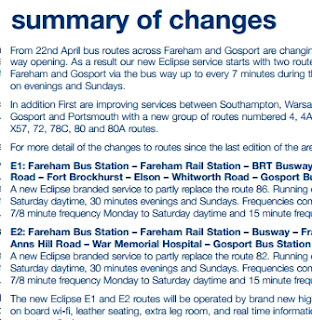 Southampton's network map is in the form of a diagram which takes significant liberties with georgraphy, but the book does include accurate individual route maps. There is a niggle with that for the 4, 4A and X4 group, where a little more detail (with road names?) in the Warsash, Titchfield and Locks Heath areas would be helpful. 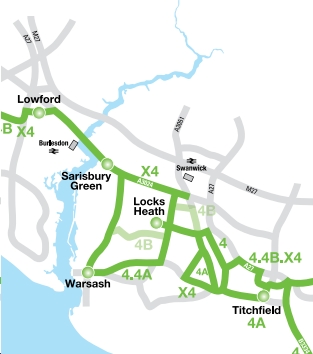 And a bad house point for spelling Bursledon wrongly.

Write out 100 times "Bursledon" and hand to me first thing tomorrow morning.

For fbb, less than familiar with the detailed geography of Southampton, the individual maps were simply great, as was the City Centre stop locations panel ... 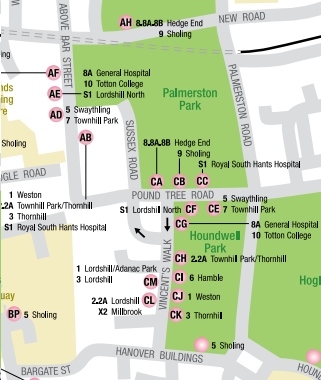 ... although this might have benefited from the use of route colours to match the rest of the book.
The Fareham book has two multicoloured maps, more practicable for the smaller geographical areas:- 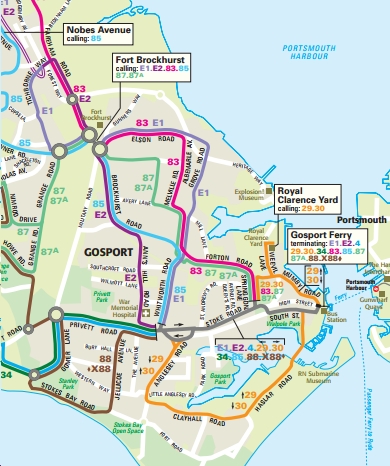 These were just as helpful as Southampton's individual route maps.

Of course, it would be unreaslistic to expect a commercial operator to include other company's services, but the Fareham book, oddly, shows both Greyhound (a First brand) and National Express departures, plus times for the Stagecoach 69 to Winchester. 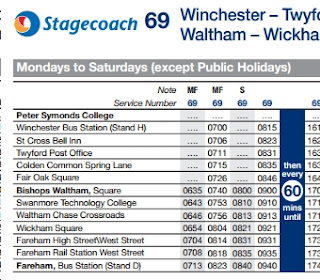 Not shown, sadly, is the X57 (that's X for Xelabus, not X for eXpress!) which fills in some gaps left with the introduction of the "fast" X4 between Fareham and Portsmouth ... 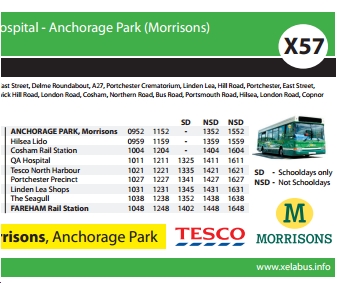 ... not much of a filler but better than nothing; seen here at the "launch" 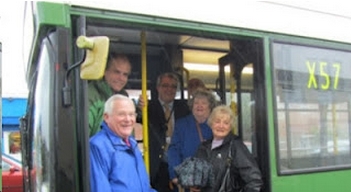 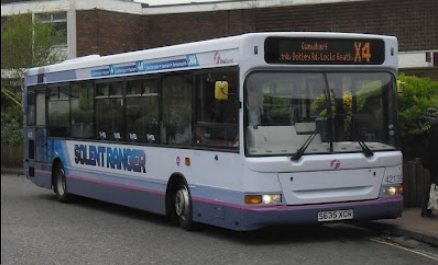 ... branding for the 4, 4A and X4 group of services. "Solent Ranger" doesn't get a mention anywhere else; was it an "afterthought"?
And one final question ... 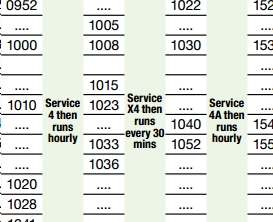 Is this better than the usual "then at these minutes past each hour" panel in a timetable? Southampton does it this way whilst Fareham stays with convention. The print is very small; fbb's chum had to take his glasses off to read it!
Minor niggles apart, these are excellent productions and should be distributed to all bus operators as an outstanding example of best practice. If First can gradually improve all its publicity, printed and roadside, to this standard than the new-look management deserves to succeed.
Death to leaflets!
Power to the timetable book!
Tomorrow, fbb's return visit to the Gosport and Fareham busway; including "The Great Bus Race"!