Aiming Higher with the Millbrook Flyer [2] 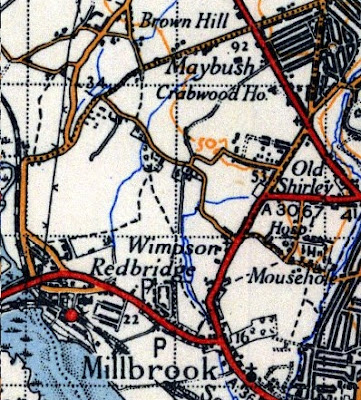 Immediately post World War 2, this was the area north of Millbrook Village (see church with spire, bottom right). Further west is the village of Redbridge with its railway station and in the top right of this extract the spread of Southampton's urban areas to and beyond Shirley.
Note the stream that runs across the bottom right hand corner of the map. This was the original boundary of Southampton and plays an important part in the history of buses showing the destination "Millbrook". 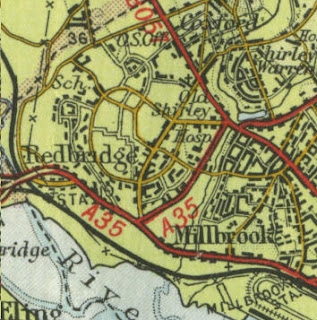 Southampton's boundary has been extended to provide land for a new Estate built to the north of Millbrook and Redbridge. This was to become known as Millbrook Estate, but later simplified on the buses as just "Millbrook" although geographically it absorbed bits of Redbridge and Maybush all of Wimpson, and very little of the former village. See "Aiming Higher with the Millbrook Flyer [1]" (read again)
Legallly, however, municipal bus operators only had the "right" to run within the "old" borough boundary. Thus a mutually acceptable agreenent was reached between Hants and Dorset ... 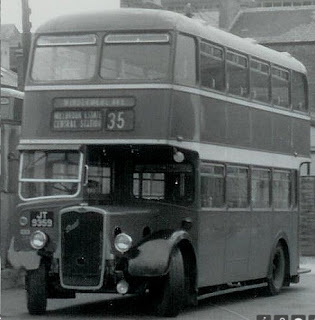 ... and Southampton Corporation which brought both operators to  Millbrook Estate and to Thormhill on the opposite side of the city. 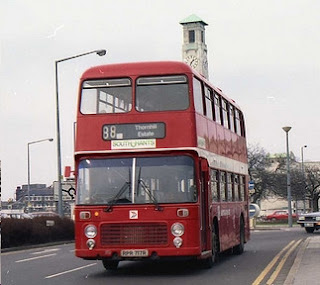 After an unsuccessful attempt to compete directly with Southampton Corporation from 1987, Southern Vectis subsidiary Solent Blue Line [SBL], bought the Eastleigh and Southampton depots of Hampshire Bus from Brian Souter's Stagecoach. This gave SBL a "legitimate" presence on the cross city route from Thornhill to Millbrook, service 18. 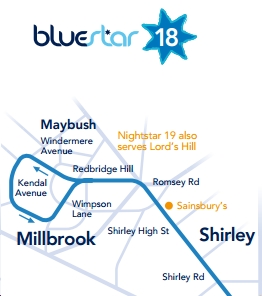 The "quality" of today's Bluestar branding ... 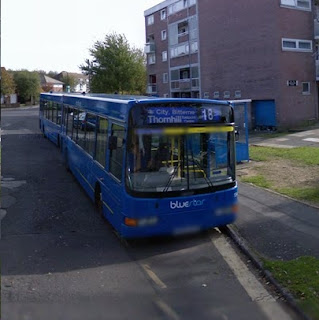 ... has suffered in recent weeks with the arrival of vehicles transferred from Wilts and Dorset ... 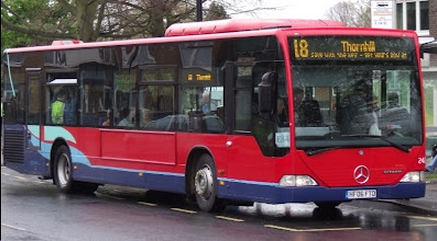 Southampton Corporation's successors, First, operated route 17 and 17A via the Estate continuing to Lords Hill. These two services combined to provide a bus every 10 minutes, offering the Millbrook millions 14 buses an hour Monday to Saturday daytime. 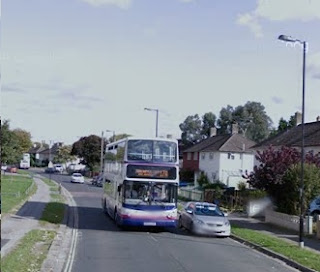 In the great re-organisation of 29th/30th April the 17 and 17A were renumbered 2 and 2A with route alterations at Lordshill but retaining the 10 minute frequency to Millbrook. 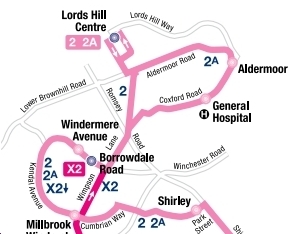 When fbb visited last week, one solitary service 2/2A bus was bedecked in First's new non-Barbie livery, described by an excited design specialist as "looking a bit better in real life than in pictures". A compliment indeed. 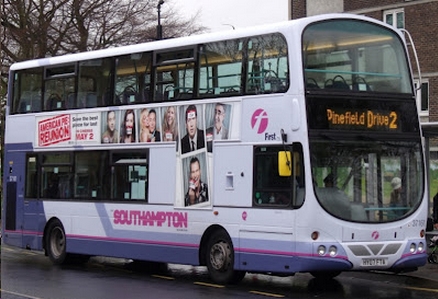 But the service 2 map above includes an X2.

This brand-new service will form the subject of tomorrow's exciting blog (?). Suffice it to say that it brings the number of buses around the Estate up to 20 an hour, 12 of them run by First.