If you need convincing that Britain's railways are "getting it right", try a journey by East Midlands Trains (a Stagecoach company) from London to Sheffield.   No longer the tired decline of the old British Railways ... 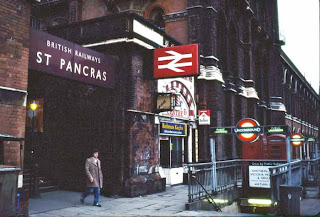 ... but the astounding magnificence of St Pancras - OK, paid for by Eurostar, but who cares! 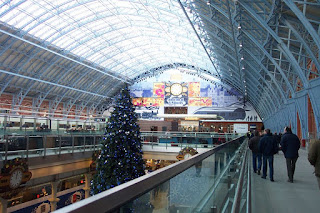 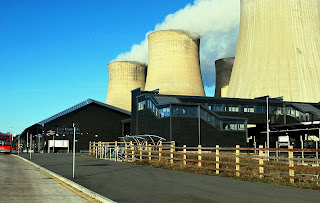 Derby Station has been rebuilt and even good old Sheffield station has had a make over and looks really welcoming and clean.

The Meridian Trains, like their Voyager clones, are too claustrophobic and buffets are replaced by a trolley service but - they are quick and adequate.   There are two trains an hour between London and Sheffield, the quickest taking just a tad over two hours. 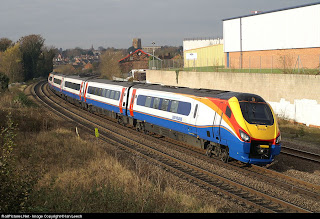 A very pleasing start to fbb's recent trip to the Steel City and a positive introduction to some less than ideal public transport facilities encountered later.   fbb's train departed St Pancras dead on time at 1455 and flew "like a bird" with not a single signal check until approaching Sheffield Station.   Arrival 3 minutes late.   A stroll across the new footbridge to the tram stop, a one-stop hop on a tram (Old Fogey passes being valid!) and a comfortable night in the Travelodge with the bonus of a panoramic view of the trams as they trundled over the Park Square delta junction.

So, a good night's sleep (sadly not - choice of window closed, too stuffy OR window open, too noisy) and ready for the next day of local exploration.