More piccies have appear on-line of the launch of new buses for Blackburn transports route 1 via Darwen to Bolton. 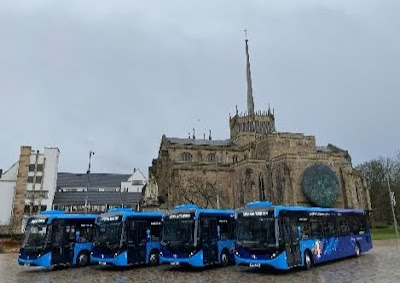 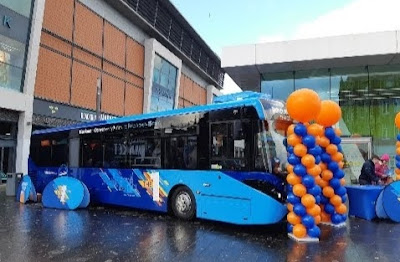 ... and "goodies" including timetable leaflets (operators who have stopped telling people when and where their buses go, please note!), a cardboard bus and a tub of appropriately coloured sweeties (?).

There was also an opportunity to have a better look at the vehicle side decoration. 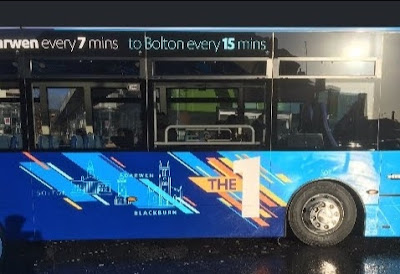 Line drawings of  significant buildings in the three main towns are partly obscured by more diagonal "slashes" - were arty crafty. Livery and design are very subjective, but fbb thinks the pictures would be more likely to result in "creating desire" if you could see what they were as the bus speeds by.

But the prophetic Ray Stenning has spoken, so it must be good. And the overall effect is, indeed, stunning. The frequency is pretty good as well!

But fbb would prefer a "static" PDF map without the clutter. It is nice to see the little blobs trundling around, but is can block other information AND the stop names only appear when you click on the stop blobs. 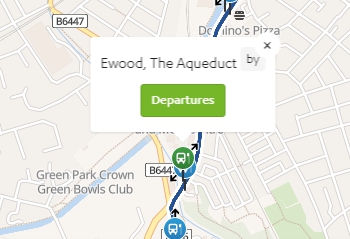 More New Buses
fbb has been invited to two new-bus launches by First Bus companies. New vehicles for Portsmouth's 7 and 8 via Waterlooville will be featured on Friday of this week

fbb was opresent at the original launch of "The Star". 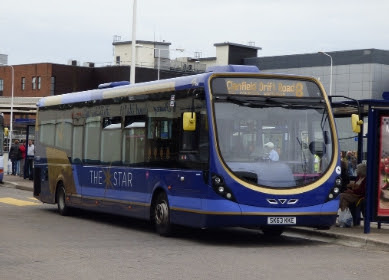 Then a week later (approx)?? there is similar for new buses on the X1 Norwich to Peterborough route replacing those as shown below. 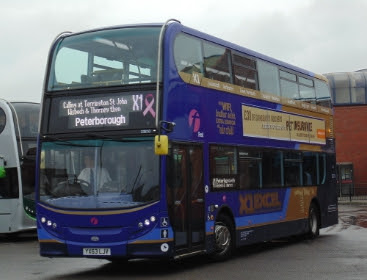 So despite its decision to sell (possibly about to the undecided!) First is still moving forward - shakily, admittedly, but moving forward.

All The Sevens For Scouser Heaven!
News that class 777 trains are beginning to arrive on Merseyside prompts fbb (only an occasional visit to them parts) to remind himself of the background.

Electric train have tun on Merseyside for many a long year ... 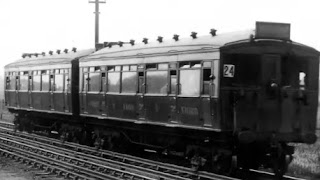 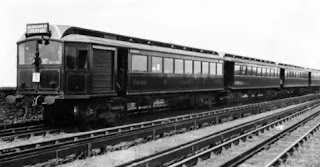 ... then in 1936 the London Midland and Scottish Railway introduced a brand new type of train, later called class 502 by BR. 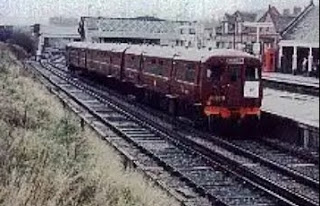 In 1956 a further batch was ordered to a near identical design, but as class 503. All were painted mid-green ... 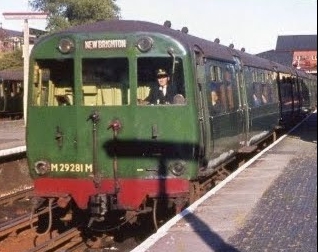 ... then multiple unit green by BR, then all-over blue and finally blue and grey. 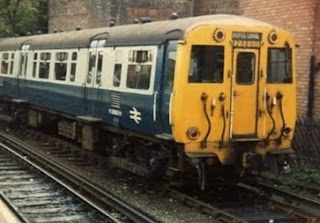 One unit was kept and repainted back to LMS style for use on "Heritage" tours.

It eventually found its way to the Electric Railway Museum at Coventry where it suffered from lack of money thus lack of care, plus vandalism. Upon the closure of the Coventry venture, the unit has found its way ... 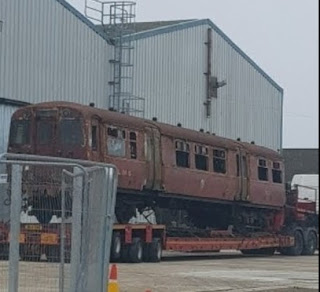 Here, it is hoped, full repair and restoration can be completed - eventually. 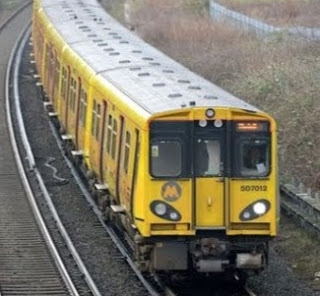 The first 777s have arrived in the UK and driver training is being ramped up. 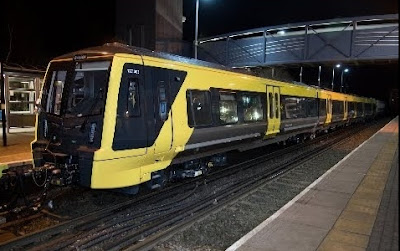 The new units are four-car articulated with wide walk through gangways. 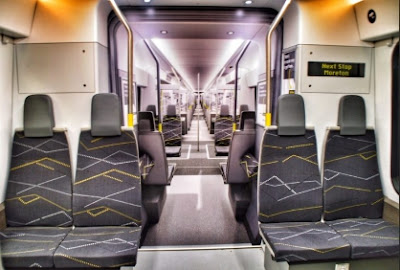 Not Bad; Use A Chad!
An article in the February Railway Modeller describes a fantastically detailed industrial layout. Depressingly it looks prefect, with no gaps in the scenery and nothing "falling off" or "dropping to bits" as featured on fbb's puny efforts.

One warehouse model made fbb cringe with admiration and wonder ... 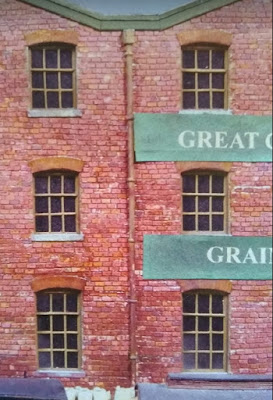 ... as each brick, according to a modest account by the owner "was individually applied by hand!

... the contents of the holes on punched cards still used on some computer systems.

Such dedication, dexterity and downright determination is much to be admired, but really depressing for fbb's style of modelling. You author would struggle to get two bricks in a straight line, let alone several hundreds. 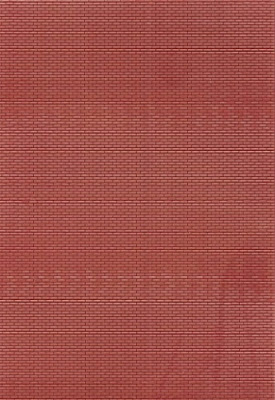