Some Things for the Weekend

A random collection of oddments that do not justify a full blog.

A chum from the Isle of Wight visited fbb yesterday to travel on the open top single decker which sadly does not run of Fridays; to it was off to Colyton by tram. The outward journey was pleasantly uneventful but coming back tram No 6 was on duty. 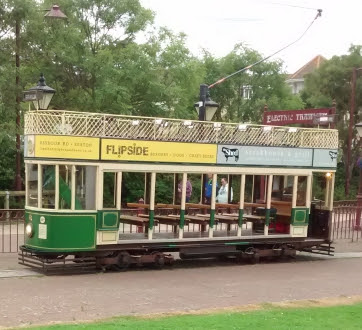 This is the oldest and one of the smallest trams in the fleet being originally designed for the much narrower gauge when operation was based at the Crumbles in Eastbourne. Readers can gain an impression of the diminutive size of the vehicle by the giants seated on the top deck. 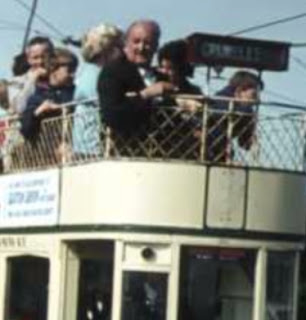 It's the getting up there that is a challenge. Here is the bottom step. 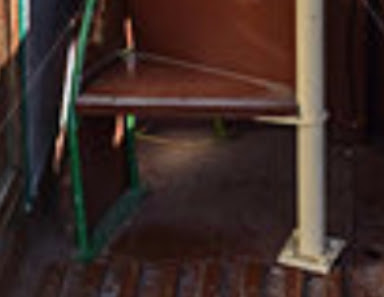 Still no idea of scale? OK here are fbb's delicate podiatric appendages snapped on the outline of a typical step. 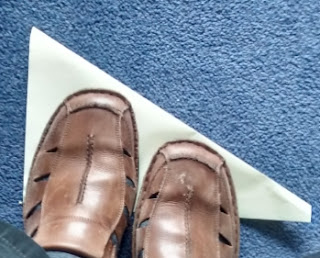 The folded piece of A4 paper is an accurate representation of the step size. The top deck starts at about chest height and the gap through which the chubby one has to squeeze his corpulence is just (but only just) big enough.

Nevertheless a pleasant top deck ride was enjoyed complete with admiring congratulations of some other top deckers. "If he can get up there, so can I!"

One of the joys of a visit to East Devon! 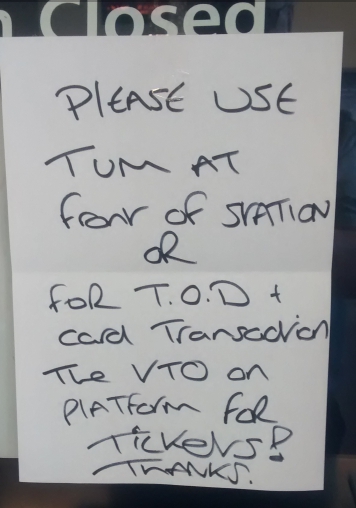 The ticket office sales person was in the waiting area "looking out for a disabled passenger" due on the next train. "Will you be opening up then?" queried a worried-looking passenger.

Readers may amuse themselves trying to work out what it means.

Whilst waiting, however, an onward traveller might check on the bus from a timetable helpfully glued to the wall in a dark corner. 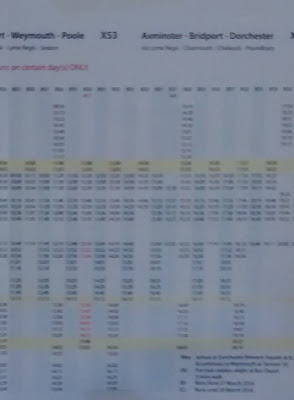 Helpfully it shows the half hourly service to Lyme Regis and on to Bridport. It also shows journeys on X53 via Colytion and on to Exeter. How very refreshing to see such a public-spirited posting of pertinent particulars.

Except that the X53 ceased on 7th May 2016. The timetable is two months out of date.

Something Outside Axminster Station.
A while ago fbb reported that one of these had appeared. 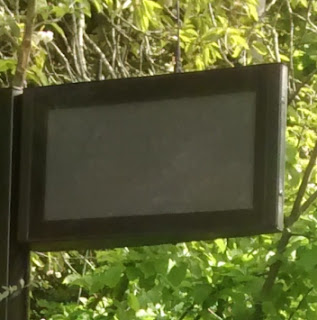 It has now been switched on. It shows the times of the next five departures. 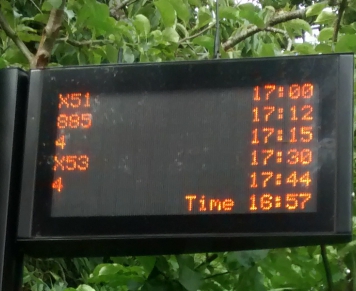 So far so good. After a few seconds the desplay switches to the next five destinations but without times. 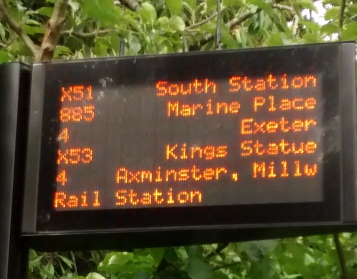 So all you have to do is work out what the destinations mean.

Don't worry, the all-knowing fbb will explain it.

South Station  is, of course, Dorchester.

Marine Place  is, as all arriving passengers will know, Seaton.

Kings Statue  sits impressively at the bus terminus at Weymouth

Axminster Millw, Rail Station  is equally easy. "Millw" is a bit of Millwey Rise but the text does not scroll. And, in case you are really confused, Rail Station is where you are standing, more or less, looking attentively at the sign.

Does it make sense? NO.

Was it worth installing? PROBABLY NOT.

The one at Seaton isn't yet operational, as illustrated by this excited group of holidaymakers. 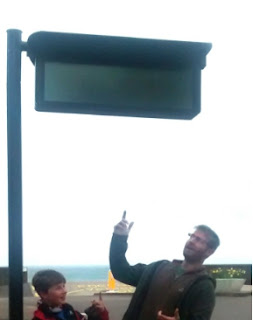 What will it tell us when it starts working?

Something in the West Midlands
Our Northampton correspondent sent this picture which he entitled "The Travel West Midlands Invisible Bus". Note the sign on the door ... 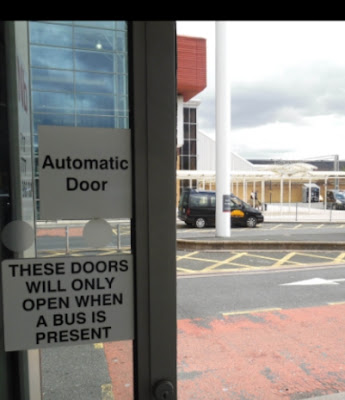 ... and notice the bus parked on the red tarmac area at the stand. 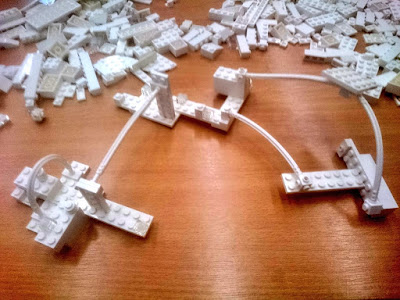 Apparently it is an aid to discussion and "white Lego works best".

Well, it is a University of the Arts!

Not Something at Hinkley Point

Somerset Passenger Solutions revealed today some of its plans for bus services to the site. They will operate high frequency services to Hinkley Point from dedicated Park and Ride sites, staff campus accommodation sites and from surrounding towns and villages for employees living across the area. The joint venture will also provide internal site shuttles and transport for visitors from airports, railway stations and hotels. First and Crosville also said they expect to operate up to 160 brand new, high spec, environmentally friendly buses.