Colleague "Busing" [pronounced Bewsing?] writes enthusiastically about the huge benefits of Social Media. fbb is not sure who benefits and what percentage of bus passengers spend their time Booking their Faces or Twittering happily. Readers of this post may just detect a smidgen of cynicism from fbb. 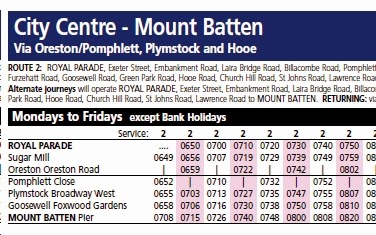 13 March : Good morning everyone, The 0740 2 from Royal parade will not be operating I'm afraid due to an operational issue. Sorry for any disruption this causes.


Let's translate that. "The 0740 service 2 will not be operating because it isn't operating." Thanks for the help, First!

On the same day, First gave advance warning of a problem on service 93. 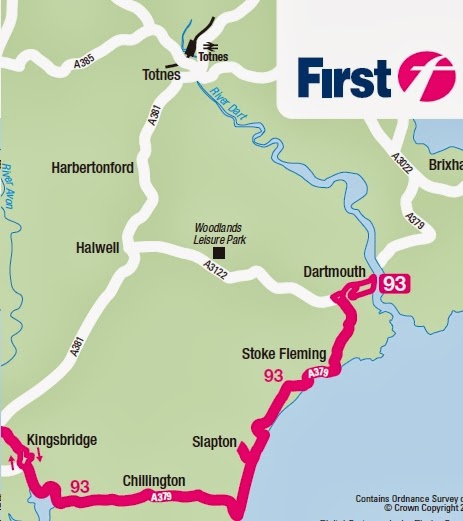 This runs from Plymouth via Kingsbridge to Dartmouth.

Let's look at the detailed notice.

The road between West Charleton and East Charleton will be closed to traffic between 09:30 and 16:30. This is for road resurfacing. 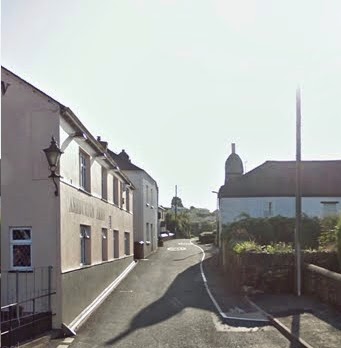 Certainly some of the roads in the area are a tad on the thin side; but where is "the area"?  West Charleton and East Charleton do not feature of First's map at all. These two villages are between Kingsbridge and Chillington.

Therefore service 93 will be unable to travel on the A379 between Kingsbridge and Torcross in both directions. (It will still serve Stoke Fleming and Strete).

Torcross and Strete aren't on the First Bus map either. A road map is more helpful. 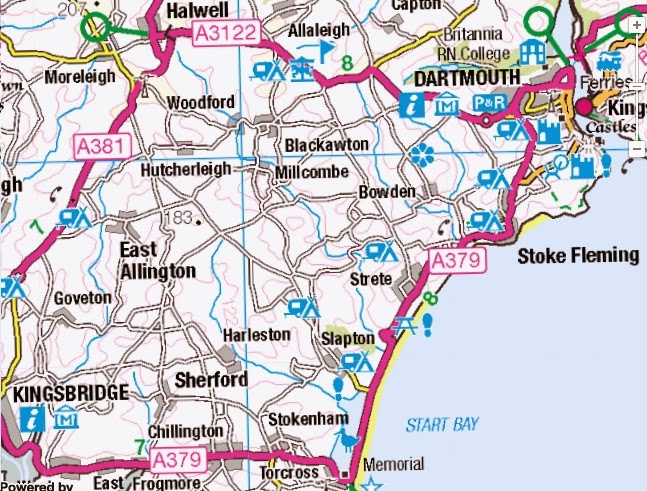 So, according to First, their buses can't go "along the bottom" (of the map) and "up". So which way do they go?

From Torcross it will be diverted via the A3122 and A381 via Totnes Cross to/from Dartmouth.

From Torcross? fbb thinks not; as the neither the A3122 nor the A381 serve Torcross. Do they mean "From Kingsbridge it will be diverted ... to/from Dartmouth"?

Got it, possibly! They have to go "up" the A381, then "across the top" via the A3122 to Dartmouth. Now all we have to do is to discern where Totnes Cross might be. An on-line search reveals a War Memorial in the St Mary's churchyard, Totnes ... 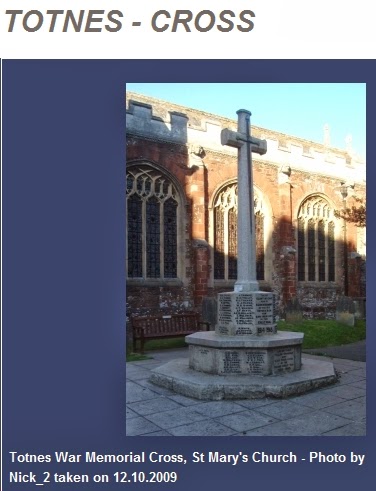 ... which seems an awfully long way round and is a few miles from the route quoted by First. There are also several references to Totnes Cross Garage and/or Filling Station ... 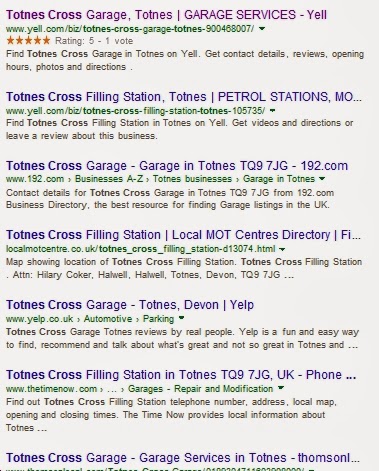 ... which, according to the accompanying Google Maps extract, is in the middle of a field ... 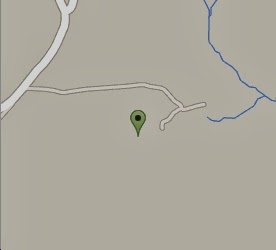 ... this field to be precise. And not in Totnes churchyard. Not very good for passing trade! Despite the efforts of Google Maps to mislead, fbb, in Sherlock Holmes style, has located Totes Cross and its eponymous garage at the base of the little triangle of roads south of Halwell.

Here is the aforesaid fuelling point at that junction ...

... which is at Halwell, of coure, and not Totnes. At this point the significantly diverted 93 bears right then later turns right onto the A3122 to Dartmouth.

But already we have been told ...

It will still serve Stoke Fleming and Strete.

... which are back on the A379 coast road which we abandoned at Kingsbridge. 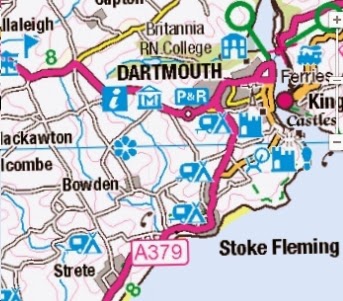 fbb has no idea how the bus gets to Strete and Stoke Fleming and what the implications are for the timetable.

We are hoping the road will be opened to allow the school bus to travel the normal route. However this has not yet been confirmed by Southwest Highways. Therefore until this is confirmed please assume the school bus will also be diverted via Totnes Cross. We apologise for any inconvenience caused due to circumstances beyond our control.

School bus? This one? 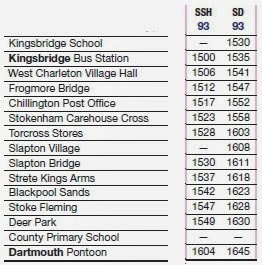 Or one of these two? 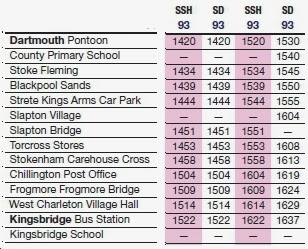 Or all three of them? Or none of them? Incidentally, First, how does that 1530 "SD" 93 manage to serve Slapton Village without calling at Slapton Bridge? By teleport? 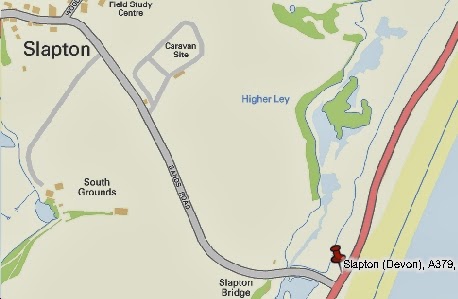 Slapton Bridge is bottom centre, Slapton Village top left and the "map pin" marks the "main road" stop which the bus manages to avoid. Miss-terious? There don't appear to be any stop signs. 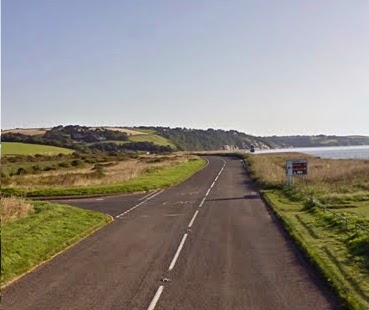 Never mind; if you don't quite understand First's on-line notice ...

If you have any questions regarding this road closure please contact Southwest Highways on 01404 821500.

What's the betting that Southwest Highways won't be able to tell the confused enquirer anything useful?


But as blogger Busing is wont to tell us, the great advantage of Social Media is that you can get the information out quickly and on time. And fbb must concur. The deeper question, however, is "does anyone read it?"; and if they do, do they understand it?

No slur is intended on Busing's enthusiasm for all things technological. It is patently true that the internet is very good for disseminating news quickly and efficiently. But what is the point of churning out notices like these that give no information, inaccurate infomation and/or misleading information.

Let's hope that First have posted revised timetable notices on all the stops affected.

Due to circumstances beyond our control the planned 'summer' timetable uplift on service 81, which was due to be implemented from 6 April, will not take place.

A tweet from a twit? Sorry, that's not from First Bus. It's from Buses of Somerset; a completely different organisation.


Next bus blog : Saturday 22nd March
Posted by fatbusbloke at 02:00