The gist of Fearley's latest shocker is reproduced below. Click on the image to enlarge and read it.

Was the industry expecting this? 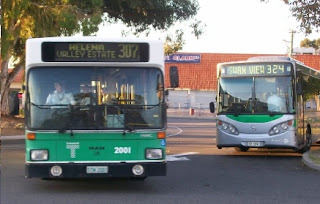 
Recent news revealed that First Bus is to withdraw from "some" of their Northampton "network", which, it has to be said, is a mere shadow of the once proud Northampton Corporation Transport operation. 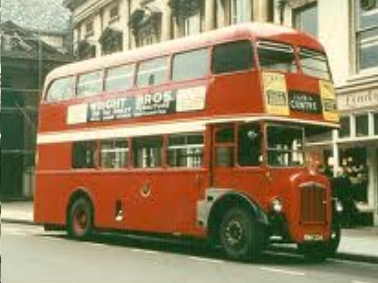 NCT was privatised and sold to Grampian ... 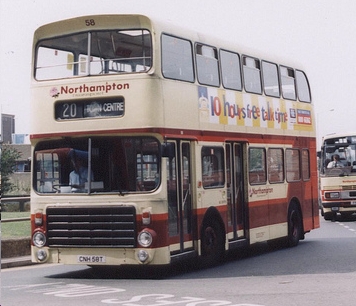 ... (Aberdeen Corporation as was) and Grampian merged with Badgerline to create First Bus. Northampton bus watchers will tell you that, from that moment on, the former Corporation bus service went into near terminal decline.

The current routes represent about 25% of the town's bus network, consisting of six "proper" routes and a few journeys on works service 23. 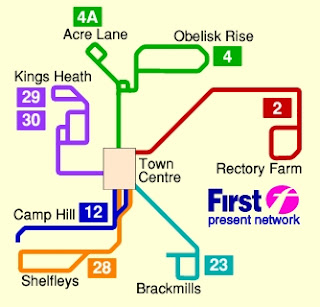 There has been "friendly" competition with Stagecoach on many of the roads shown, particularly as routes converge nearer the town centre; but generally each operator has kept to its "territory". Upstart Meridian has competed on the Kings Heath routes for some time ... 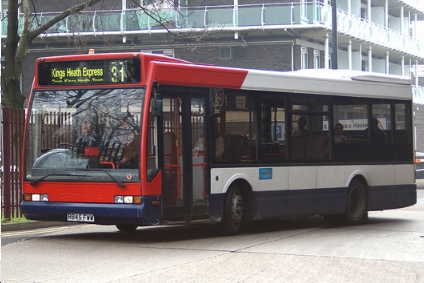 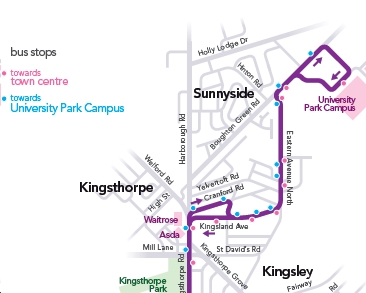 So which of First's routes will be abandoned? Answer, we don't know; First aren't telling ...

But local rumours suggest that only the 2, 4, and 4A will remain; a 14 vehicle operation. 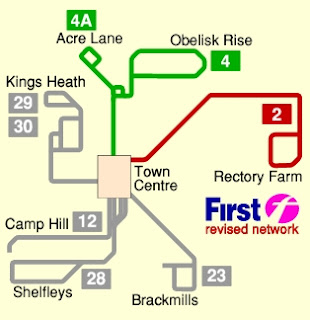 So what replacements can be expected? Might the new operator be St*g*c**ch?

From the end of March, Uncle Brian has been running an enhanced service 1 to Brackmills ... 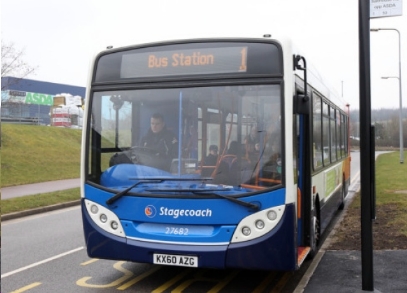 ... in addition to First's sporadic 23 and, since then, Stagecoach has registered three more new services.  These are:-

From: Kings Heath
To: Camp Hill
No: 12
Effective Date: 12-May-2013
To operate a 15 minute frequency Monday-Saturday
and half hourly on Sunday

So this covers First's current 12 and (presumably) the present Kings Heath route(s).

From: Shelfleys
To: Parklands
No: 10
Effective Date: 13-May-2013
Other Details: Monday - Saturday half hourly service
No Sunday service

From: Northampton
To: Sunnyside
No: 3
Effective Date: 09-Jun-2013
Frequent service up to every 10 min daytime,
Monday to Saturday,
half-hourly evenings and Sundays

Now this is in direct competition with First's 4 and Uno's 21 and must mean that the Kingsthorpe Road will be even more over-bussed than it is now.

We await confirmation of all this with bated breath, but fbb can't see a 14 bus operation lasting long with First. Is this pruning a means of creating a viable chunk of business to sell to another existing operator? fbb still has his suspicions, you know; reinforced by a warning shot across the bows from Stagecoach whose newly registered 3 will affect the current 21 as well as the 4.

There will be tears before bedtime in at least one board room, maybe two!


Next Bus Blog : Wednesday 10th April
Posted by fatbusbloke at 02:00