via an fbb Christmas Present ... 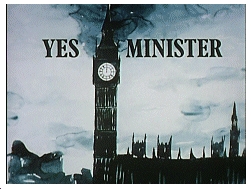 ... a full set of Yes Minister and Yes Prime Minister DVDs. This scrumptious series ran in the eighties and satirised the continual battle between elected leadership and the turgid resistance of the Civil Service. The epitome of effective obfuscation was portrayed by the "permanent secretary" Sir Humphrey Appleby (Nigel Hawthorne). 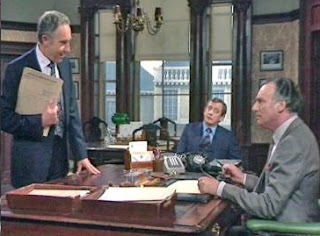 His explanations of policy and practice directed towards the hapless Minister for Administrative Affairs, Jim Hacker (Paul Eddington), were rib-achingly hilarious but, almost certainly, based on real life.
So fbb was interested to come across this on-line document as he amused himself with post festive browsing. The extract is somewhat lengthy, but stick with it and you may be able to understand the parallels! fbb has interspersed the text with a few pictures of bus stops, for light relief.

So a rail station may contain a stop area representing a Metro Station and other StopAreas representing Bus Stops; but a Metro Station cannot contain a stop area representing a Rail Station.
A bus station is a StopArea which contains a cluster of individual stopping points (each bay or stance must be a separate StopPoint in NaPTAN). For arrivals, a special "unidentified bay" (BCQ) can be used to cater for the situation where buses may set down at different bays in a bus station - but departures should always be coded to use the correct physical stop. The only exception might be where, say, coach services leave from any one of several adjacent bays, depending on which one is free; this forms another application for the BCQ stop type. 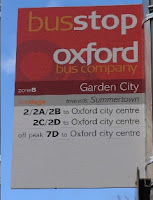 Each StopArea has the equivalent of a CommonName - and generally this should be the same name as that which is used as the CommonName for each of the stops in the StopArea. AlternativeNames can also be assigned to stop areas for ease of finding them in Gazetteers: and all names are associated with a language to allow for multi-lingual naming where relevant. 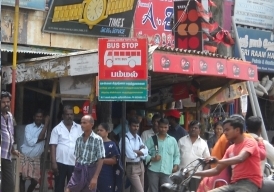 Every StopPoint and StopArea must belong to an NPTG AdministrativeArea, which is responsible for managing it and its data. A StopArea may belong to a different AdministrativeArea from that of some of the stop points it contains; although this should be avoided wherever possible. The StopArea is considered to be associated with all the NPTG localities (and alternative localities) of its member stops. Different stops in a given stop area may belong to different NptgLocality instances - but again use this option only where essential. Normally the stops of a stop area will belong to the same NptgLocality, but it is possible that the stops may be in different NPTG localities that are either adjacent to each other, or contained within one or the other (that is, hierarchically related through an 'is part of' association, either directly or indirectly) 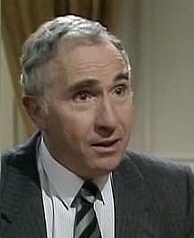 Well said, Sir Humphrey. That's better. fbb has always felt that these matters needed clarifying. It is good for all our blog readers to share in the sophisticated yet subtle simplicity of the system.

The quoted paragraphs come from the introductory pages of ...
TRANSPORT DIRECT
A SIMPLE GUIDE TO THE KEY FEATURES OF NAPTAN
Written by: Roger Slevin
Date: 25th March 2007
Version Number: 1.0
... a document which goes on to explain how NapTAN (the National Public Transport Access Nodes database) works in detail; about 20 pages of detail in fact. Fascinating and edifying bedtime reading for anyone even remotely interested in public transport.

All this to describe a bus stop?

fbb will continue with a further exploration of this exceedingly important document in a few days, after taking recently prescribed tranquilisers. In the meantime, two thoughts:-

Technology for technology's sake, AGAIN? : and,

Can you trust an organisation which can't spell superseded? 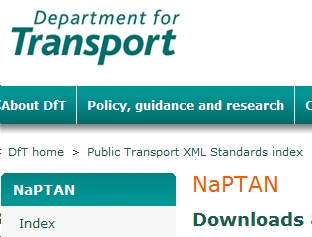 Supersede from latin "super" = "above" and "sedere" = "to place". The word "sedentary" is also derived from the same latin root. Sir Humphrey Appleby, GCB, KBE, MVO, MA Oxon, (a classics "first") would have been apoplectic with rage at the poor standard of literacy in a government department.

There is much more to reveal, but we do need to pause to celebrate a notable Sheffield Anniversary.

Next Blog : due Thursday January 5th
Posted by fatbusbloke at 03:35