The original "Royal" man was Thomas Elliott, who, in 1880, began operating horse drawn vehicles from Royal Blue Mews in Avenue Lane, Bournemouth.   This cul-de-sac today forms the back yard of Marks and Spencers! 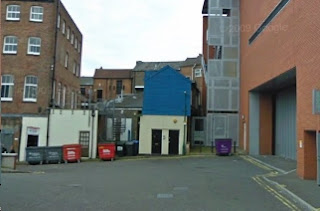 He bought his first motor "charabanc" in 1913 and continued to expand thereafter. The company was sold to Western and Southern National in 1934 and continued to develop a significant network of express coach services in the South and South West and nationally, in conjunction with the Associated Motorways consortium. 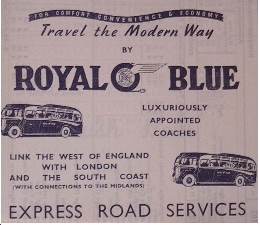 Its vehicles, adorned in the distinctive blue (royal blue!) livery, were of high quality and recognised as such on the road.   Herewith a couple of beautifully preserved coaches leaving London's Victoria coach station. 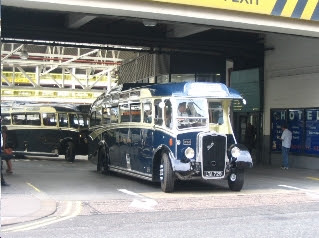 The company also produced some highly original posters, this one discovered at Notting Hill Underground station during a refurbishment! 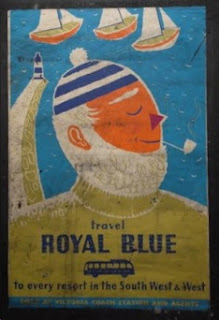 In 1971 the operation was absorbed into the new National Express brand and hitherto smart blue Bristols ... 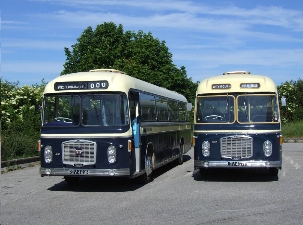 ... lost their blue in favour of rather un-regal white with the Royal Blue name in red.  The end finally came in 1986 when all National Express "local" names were banned.   The rather prosaic route numbers of todays express services hold no clue as to their splendid origins.
One lesser-known aspect of the Bournemouth base was a magnificent "double deck" bus station at the Exeter Road and Terrace Road junction. 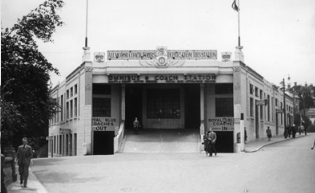 The lower floor was for the Royal Blue network, whilst more humble buses used the upper deck.   It was in the 60s that timetable and fares guru, Barry Doe, then a student, worked out of the upper level as a conductor!   The building was destroyed by fire in 1976 and its place is now taken by ... 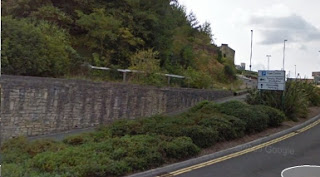 ... nothing more than a humble car park, hidden tastefully (?) behind a bank of trees.   Bournemouth's "new" bus station is located somewhat apart from the centre of town oustide the Railway Station just off Holdenhurst Road. 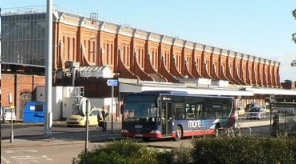 Like most aspects of modern day public transport, the richness of the recognisable Royal Blue regime will never return to our roads. Megabus just doesn't sound, or look,  the same.

Had it still been in operation, perhaps Kate and Will might have gone for an luxury ride to a honeymoon in the West Country?   Maybe not! 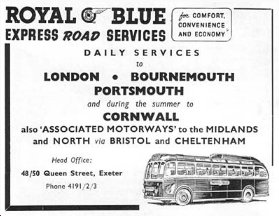 next blog : due on Saturday April 30th
Posted by fatbusbloke at 04:11