Give that man a medal!

Sheffield City Airport was not a success. 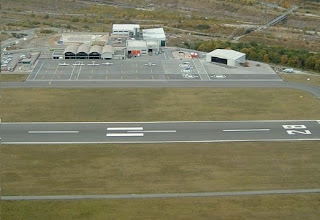 It opened with a blaze of publicity in 1997 and offered flights to a number of GB and European destinations; but business was hardly viable from the start and the Airport finally closed down in 2002.   The runway, apparently, was too short for economic operation - small planes did not make enough money and the train was more frequent and significantly cheaper.  The main road, Europa Link, is also home to an increasing number of business premises; one of which is the South Yorkshire Police Operations Centre. 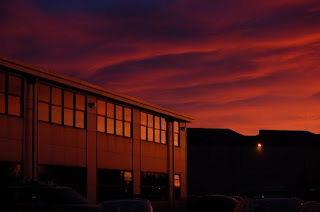 Running parallel to Europa Link was an unnamed  service road, giving access to further developing business sites.   It so happened that one of the staff of the Police Centre was asked by Sheffield City Council to confirm some of the local names in the area.   The service road had no name and was shown as a question mark [?] on the provisional map.

Undaunted, Mr Plod crossed out the question mark and added a name...

"Letsby Avenue" - a corruption of a traditional cry of the British Bobby.  ["Let's be having you" for the uninitiated].

Obedience to "The Boys in Blue" ensured that this jocular title was then included officially (but innocently, we are told) on the finished map.   So the Police "Station" really IS on Letsby Avenue!  In the unlikely event that our readers find this tale a little far-fetched, just enter "Letsby Avenue" into Google Maps and - well, there it is in all its wonder and glory - a permanent, never to be erased joke! 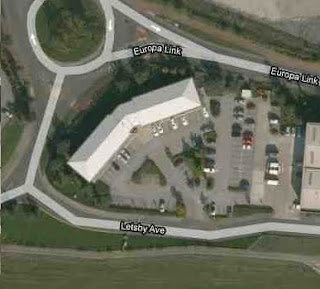 The name of the perpetrator has never been revealed. Was he reprimanded for his prank or, as it should be, promoted and congratulated for a display of delightful initiative? 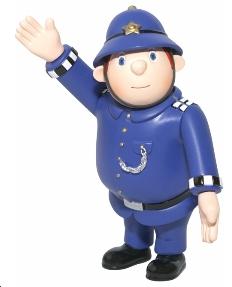 Give that man a medal!
Posted by fatbusbloke at 09:56